Ballpark Signage and Brewers.com Advertising Included in Deal With Retailer; Locations in Wisconsin Scheduled to Open in 2015

MILWAUKEE, 2014-3-28 — /EPR Retail News/ — The Milwaukee Brewers today announced a multi-year partnership with Grand Rapids, Mich.-based Meijer that begins this season. The partnership will include branding on both the right-center and left-center field walls at Miller Park. Additional advertising will also be featured on the official website of the Brewers, Brewers.com.

This is the first sports partnership in Wisconsin for Meijer as the store plans on opening its first Wisconsin stores next year. The retailer currently has over 200 locations in Michigan, Illinois, Indiana, Ohio and Kentucky.

“This partnership is just one example of Meijer’s commitment be an integral part of our community even before they open their doors to customers,” Brewers Chief Operating Officer Rick Schlesinger said.  “We see this as a great way to welcome them to Wisconsin.”

Meijer supercenters offer customers the “one-stop shopping” concept and are a family-owned company led by brothers and co-chairmen Hank and Doug Meijer, who understand the importance of supporting the communities where its customers and team members work and live.

“We’ve been learning a lot about Wisconsin, and we’ve come to understand that the Brewers are part of the fabric of the Milwaukee community and that the team’s fan base is extremely loyal,” said Frank Guglielmi, senior director of communications for the company.  “We’re excited to be involved with the Milwaukee community and hope to make its citizens loyal fans of Meijer as well.”

The Meijer signage will be up for the Brewers exhibition games at Miller Park tonight and tomorrow, as well as Monday’s Opening Day and throughout the partnership. 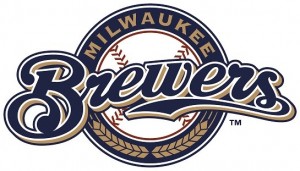