Former Vice President of Loss Prevention Richard Mellor retired in February and has since assumed the role of a senior asset protection advisor to NRF where he continues to lend his insights and expertise during the transition.

“Bob brings a wealth of knowledge and professionalism to NRF, and we are confident that his expertise in managing a large company’s security policies and programs will be invaluable to our members,” said NRF Senior Vice President Vicki Cantrell. “I fully expect our loss prevention community to reap the benefits of having Bob on our team as we continue to take on retail crime, workplace violence, threat assessment and other issues in the asset protection arena. His connections to educators, retailers and federal agencies will keep NRF at the forefront for years to come.”

Most recently, Moraca was the adjunct professor of Criminal Justice, Homeland Security, for the Camden County College in Blackwood, New Jersey, where he is also a member of the College Security and Homeland Advisory Committee.

Moraca currently holds a security clearance with the U.S. Department of Homeland Security and an array of licenses and certifications, including Certified Protection Professional (CPP) and a Certified Fraud Examiner (CFE). He also is the current chairman of the board of the Citizens Crime Commission of the Delaware Valley. 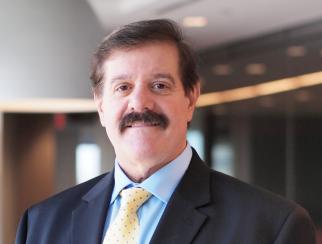