Tully is the co-chair of CDF’s Build a Better World campaign, which has a goal to raise $12 million by 2016. He encouraged people to make donations in honour of his retirement from being Federated Co-operatives Limited’s President and Chair of the Board in March. He personally matched the first $7,500 and has raised $17,900 for the campaign.

“I think this is a little bit of what as co-operatives we can give back to society that makes society and the world a better place to live,” Tully said of the campaign. “I believe it’s about sharing the impact that a relatively small contribution in our terms and the difference it can make in developing countries to alleviate poverty.”

The Global Co-operator Award is the highest honour presented to an individual or organization that has consistently demonstrated an extraordinary commitment to the international development work of the CDF. The awards committee considers leadership, lasting achievement and continued engagement in their decision.

Tully has previously been awarded the Canadian Co-operative Achievement Award in 2009. 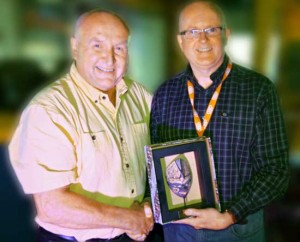