SM’s Executive Vice President and Chief Finance Officer (CFO), Jose T. Sio was cited as the Best CFO in the Philippines while SM has topped the poll as the company with the Most Organised Investor Relations and Best Strategic Corporate Social Responsibility. SM was also cited as among the companies with the Best Senior Management IR Support and Strongest Adherence to Corporate Governance.

Sio has won Best CFO in the Philippines for the fourth time in a row. He is a Director, EVP, and CFO of SM. Known for setting benchmarks in financial reporting in the Philippines, Sio is also a Director of China Banking Corporation, Belle Corporation and Atlas Consolidated Mining and Development Corporation, among other companies within the SM group.  Sio is a certified public accountant with a master’s degree in Business Administration from New York University. He was formerly a senior partner at Sycip Gorres Velayo & Co.

The poll is based on tallied votes among 477 investors, pension funds, hedge funds, equity and fixed income brokers and analysts with investment interests in the Southeast Asia region. 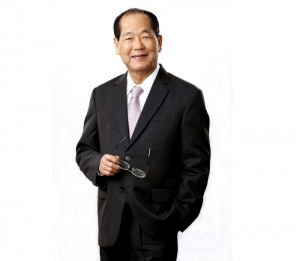