LONDON, 2015-7-1 — /EPR Retail News/ — J Sainsbury plc is today announcing changes to positions on the plc Board and Operating Board.

John Rogers, Chief Financial Officer, will expand his role to include Business Development.  Helen Buck, who previously had responsibility for this area, will be stepping down from the Operating Board on 31 July.

In his expanded role, John will have responsibility for group strategy, Sainsbury’s online, Mobile by Sainsbury’s, Sainsbury’s Energy, Netto and new business in addition to his existing responsibilities of finance, property, procurement, operational efficiency and Sainsbury’s Bank.

Commenting on the changes, David Tyler, Chairman, said: “I am delighted to see John assume a wider role in the business. His contribution since joining the plc Board in 2010 has been invaluable, and it is a natural progression to see John take on expanded operational responsibilities. Mike and John have formed a great partnership and, alongside our wider management team, we think we have the right people in place to drive the business forward over the coming years.”

Mike Coupe, Chief Executive, said: “John is a key member of the executive team and will play a major operational and strategic role in driving forward our business in his expanded role. In particular Sainsbury’s online is a key component of growth in both our food and non-food businesses and I look forward to John’s contribution in this area. I would like to thank Helen for all her hard work since she joined the Operating Board back in 2010 and wish her every success in her new role.”

1. John Rogers was appointed Chief Financial Officer on 19 July 2010. John is also a member of the Board of Sainsbury’s Bank plc. John joined Sainsbury’s in November 2005 as Director of Corporate Finance and then became Director of Group Finance from March 2007 to July 2008. In July 2008, he was appointed to the Operating Board as Property Director. John is co-chair of the Chief Financial Officer Leadership Network, established by the Accounting for Sustainability (A4S) Project founded by HRH The Prince of Wales and is a Non-Executive Director of Travis Perkins plc. John will join the boards of Mobile by Sainsbury’s and i2c as part of his new role. To reflect his increased portfolio, John’s base salary will be increased to £675,000. All other elements of his remuneration package will remain unchanged.

2. Helen Buck leaves Sainsbury’s on 31st July to join Palmer and Harvey as Chief Operating Officer. John Rogers will assume all of Helen’s responsibilities and there will be no additional changes to the Operating Board as a result of this move. 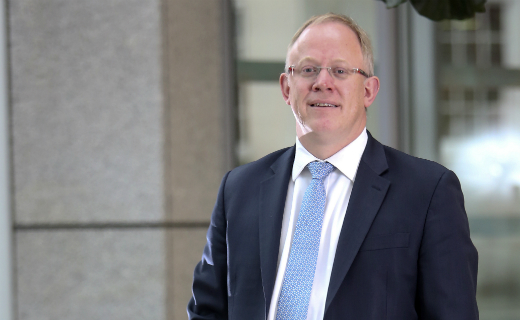