SEATTLE, 2015-7-28 — /EPR Retail News/ — When Starbucks chairman and ceo Howard Schultz traveled to St. Louis, Missouri earlier this year for the fourth in a series of partner forums on race, he embarked a low-profile side trip to nearby Ferguson. The city continued to show signs from the rioting and confrontations between police and demonstrators the previous summer after the killing of 18-year-old Michael Brown.

But there was more on display in the city of 21,000 than destruction. There was promise.

Starbucks director of community investments Rodney Hines, who was along on the visit, thought that despite the burned-out buildings and broken windows, the essence of a viable community could be seen. As the tour continued, Schultz suggested “there should be a Starbucks here.”

Earlier this month, Starbucks announced plans to build a store in Ferguson, as part of an accelerated program to open stores in 15 diverse urban communities across the U.S., with at least five stores expected to open in 2016. The jobs created by opening these new stores will help achieve the company’s previously stated goal of hiring 10,000 Opportunity Youth – young people between the ages of 16-24 who face systemic barriers to meaningful jobs and education – and the 100,000 Opportunities Initiative’s collective goal of hiring 100,000 Opportunity Youth by 2018.

In addition to opening a store in the West Florissant neighborhood of Ferguson, Starbucks will launch stores in the Englewood neighborhood of Chicago’s South Side; the Jamaica neighborhood in Queens, New York; and Milwaukee, Wisconsin; and will remodel an existing store at 7th and Camelback in Phoenix, Arizona.

The stores will be designed to accommodate jobs-skills training classes overseen by Starbucks and local organizations. Starbucks will also create partnerships with local women- and minority-owned businesses, as they are doing with a Ferguson bakery called Natalie’s Cakes & More, which was damaged during the unrest.

Starbucks will carry Natalie’s Signature Caramel Cake its Ferguson store when it opens next summer, and the cakes will also be available in five Starbucks in the surrounding St. Louis area beginning August 9, 2015.

Starbucks impact is already being felt, according to the bakery’s owner Natalie DuBose. She said local news about the arrangement between Starbucks and Natalie’s Cakes & More began circulating on July 15, and the next day dozens of Starbucks patrons showed up anxious to get a taste of the bakery’s treats.

“We’ve been in job interviews for the last week and a half,” said DuBose.

“Moving forward, we’re going to hire more because of the quantity that will be in demand at the stores. We’ve been shipping caramel cakes left and right just because of the buzz that they’re in the Starbucks stores.”

The mission in Missouri was to find a location that works on multiple levels, according to Hines. A new coffeehouse would have to forcefully contribute to economic development in the community, provide a third place for social interaction and flourish commercially.

Vice president of Starbucks U.S. store development Rob Sopkin, who along with Hines is spearheading the Ferguson project, took charge of finding a spot that would work for both the community and the company. The Ferguson store is progressing at a rapid clip, fueled by support from city officials and community leaders.

“Whereas it usually takes anywhere from six months to a year to get a lease signed, and then it can take up to a year before we open up, this one took just months,” Sopkin said, adding that he expects the West Florissant store to be operating by the summer of 2016.

“Starbucks is stepping up and investing in our community in a way that will open up exciting opportunities for all,” added Michael McMillan, CEO for the Urban League of Metropolitan St. Louis. “We hope more businesses will appreciate this city’s resilience and join us in turning what was a tragedy into a triumph.” 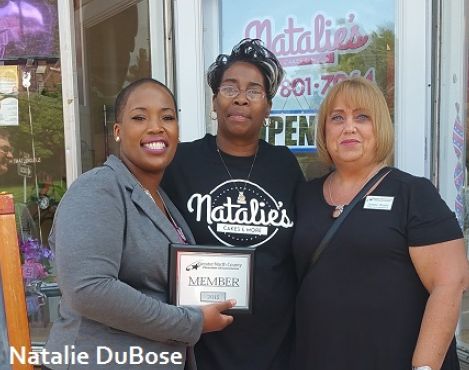