Cape Town, South Africa, 2015-10-19 — /EPR Retail News/ — H&M fans lined up for over 24 hours outside of the new flagship store, which opened in Cape Town at the V&A Waterfront today. Shortly after the doors opened at 10am more than 1,500 customers were in line. Radio personality Ryan O’Connor was on hand to count down the opening and to welcome the eager crowd of fashion fans into the two-level 4,700 square meter store.

Karl-Johan Persson, CEO of H&M was on the red carpet to cut the ribbon and to welcome the first eager shoppers along with H&M South Africa’s Country Manager Pär Darj and Store Managers Andries van den Berg and Peter Johannes. The first lucky person in line received a R2,500 gift card and the following 500 people received a R200 gift card. The first 3000 people in the store received a limited edition tote bag and gift celebrating the opening of the very first H&M store in South Africa.

“We have had an amazing response from our customers here in Cape Town and we look forward to bringing H&M’s concept of fashion and quality at the best price in a sustainable way to South Africa,” says Pär Darj, Country Manager.

Two nights before, at the VIP party, prominent figures in South Africa’s fashion and entertainment industry as well as members of the media were invited to preview and shop at H&M’s spectacular store while being treated to decadent displays of fashion and free flowing champagne. Some of the most notable guests included Executive Mayor Patricia de Lille, Bonnie Mbuli, Kurt and Dunay Darren and international supermodel Katryn Kruger.

Presenting a wide selection of latest trends and timeless classics for customers, H&M will offer women’s, men’s, and childrens apparel and accessories as well as H&M Home with new items in store daily. The store will be open daily from 9:00am – 9:00pm daily.

Following the opening of the first store in Cape Town, H&M will open the second store in Sandton City Mall in Johannesburg on 7 November 2015. 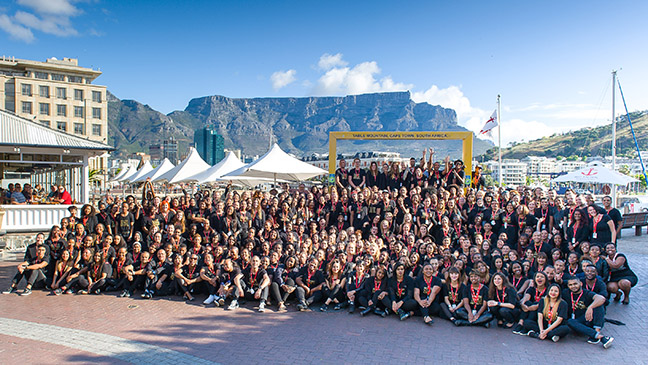