LONDON, 2015-10-28 — /EPR Retail News/ — Debenhams, the multichannel department retailer, is to drive its international presence further by launching in the Australian and Vietnamese markets in 2016.  The move comes on the back of agreements with local market partners, Pepkor in Australia (part of the global retail giant, Steinhoff Group) and VinDS, part of Vingroup, one of Vietnam’s largest private companies.

A phased approach to expansion into Australia will see Debenhams enter the Southern hemisphere for the first time.  A dedicated Debenhams-led Australian ecommerce site will launch prior to Christmas 2015. The site will offer product tailored to the market, local currency payment and will be the retailer’s first region-specific site.

Debenhams’ own brand womenswear, womens’ accessories and menswear product will be distributed and retailed within selected, Pepkor-owned, Harris Scarfe stores from October 2016. Future plans include the launch of Debenhams branded franchise stores offering the full product range including fashion, cosmetics and home.

In Vietnam, Vingroup will distribute products in their Fashion Megastore department store chain from early 2016 with selected womenswear and menswear brands sold in 15 stores across the country by the end of the year.

Debenhams Chief Executive Michael Sharp says, “International expansion is a key strategic priority for us and we are delighted to be working with Pepkor in Australia with a new multi-channel business model, selling our brands online, in Harris Scarfe stores and opening Debenhams stores longer term.

“Selling our own brands outside of Debenhams offers a new leg of growth for the business. Our distribution agreement with Vingroup in Vietnam will introduce our brands to this exciting market for the first time”, continues Sharp.

“International expansion is one of our key strategic priorities and we believe that the Australian market holds a lot of potential.  Our product range translates well and many consumers are aware of our brands and Designers .  We are excited to deliver a business model which includes distribution, franchise and e-commerce channels.

“The opportunity for Debenhams to expand internationally includes distributing our products to new customers and working with Vingroup in Vietnam enables us to complement the existing Fashion Megastore offering with a clear point of difference”, continues Sharp.

“Australia is a market that we have been reviewing for a number of years and we are delighted to be working with Pepkor, and the wider Steinhoff Group. They are a true global player with the necessary resource and local market expertise to drive our business forward in the region.

“Working with Vingroup we will equally benefit from their market leading knowledge and expertise in the Vietnamese market.  Plans to grow the Fashion Megastore concept over the coming years will see Vingroup take a dominant position in the department store sector which Debenhams will now be part of.”

Jason Murray, Managing Director of Pepkor South East Asia, said, “We are delighted to have secured this partnership with Debenhams. The wholesale arrangement will augment our efforts to revitalise and grow the Harris Scarfe business, while franchise stores will complement our HS stores and add to our back office scale.  These stores will be contemporary, smaller scale flagships which we believe will be Australia’s first genuine modern department stores. Graham Dean, CEO of Harris Scarfe, and his team bring deep UK and Australian department store experience to this venture.”

Munish Rishi, CEO of VINDS (Consumer lifestyle arm of Vingroup) said, “We are pleased to announce our agreement to distribute Debenhams brands. We believe the partnership will bring significant value to our Fashion Megastore proposition and prove an attractive offer for Vietnamese consumers looking for fashionable, quality and affordable products.  We plan to bring best of Debenhams’ brands to the market as key differentiator for our Fashion Megastore’s with 8 additional stores opening in next 2 months and a plan to launch 30 stores over next 3 years.”

Debenhams plans to grow its international business to around 30% of the total, through franchise expansion, international online growth and distributing owned brands beyond Debenhams franchise markets.  Debenhams recently opened up its largest global franchise store, in Yas Island, Abu Dhabi, the retailer’s second store in Avia Park Moscow, is the largest Debenhams store opened to date in mainland Europe.

About Debenhams
Debenhams is a leading international, multi-channel brand with a proud British heritage which trades out of more than 240 stores across 27 countries. Debenhams gives its customers around the world a unique, differentiated and exclusive mix of own brands, international brands and concessions. In the UK, Debenhams has a top three market position in womenswear and menswear and a top ten share in childrenswear. It holds the number two market position in premium health and beauty. Debenhams has been investing in British design for 21 years through its exclusive Designers at Debenhams portfolio of brands. Current designers include Abigail Ahern, Savannah Miller, Ted Baker, Jeff Banks, Jasper Conran, FrostFrench, Patrick Grant, Henry Holland, Betty Jackson, Ben de Lisi, Todd Lynn, Julien Macdonald, Jenny Packham, Stephen Jones, Preen, Giles Deacon Janet Reger, John Rocha, Ashley Thomas, Eric Van Peterson and Matthew Williamson. About Steinhoff, Pepkor and Harris Scarfe Pepkor has a global portfolio of apparel and homewares retail chains, mostly focused around value. It was bought this year by the Steinhoff Group, a South African based retail conglomerate. The combined business had turnover in 2014 of over €11bn and global footprint of over 6,000 stores. Pepkor is the owner of Pep &Co, the recently launched UK chain which already has 50 stores open. Harris Scarfe is one five brands operated by Pepkor in Australasia. It is a department store retailer, offering a range of own brand and branded homewares, electrical goods, women’s and men’s wear. Harris Scarfe offer two formats; the Harris Scarfe full range stores with soft and hard homewares, electrical, footwear, lingerie and fashion; and the HS Home stores ranging only soft and hard homewares and electrical. Originally founded in Adelaide, South Australia in 1849, Harris Scarfe was purchased by Pepkor in 2012 and has subsequently focused on expanding its store portfolio, on updating its offer and on modernising its existing stores. It employs more than 2,000 staff in over 50 stores across the metro and regional areas of South Australia, Tasmania, New South Wales, ACT and Queensland. Its HQ is in Melbourne, Victoria. About Vingroup Vingroup Joint Stock Company (Vingroup JSC), formerly known as Technocom, was founded in Ukraine in 1993 by an ambitious group of Vietnamese youths. Technocom began with food production and quickly found great success with the Mivina brand. During the early years of the 21st century, Technocom was ranked among Ukraine’s Top 100 largest and most influential companies. In 2000,Technocom – Vingroup returned to Vietnam with ambition to contribute the country’s development. Emphasizing sustainable long-term development, Vingroup initially focused investments on real estate and hospitality through two key brands, Vincom and Vinpearl. Ten years of hard work and dedication turned Vincom into one of Vietnam’s premier real estate brands with a number of mixed-used developments in major cities, combining modern shopping malls, offices and luxury apartments in a single complex, leading the trend towards smart, eco-luxury urban projects in Vietnam. Alongside Vincom Vinpearl has also become the leader in Vietnam’s tourism industry, featuring international 5-star and above hotels, resorts, beach villas, amusement parks and golf courses. In January 2012, Vinpearl JSC merged into Vincom JSC to form Vingroup JSC. The new structure ensures sustained development and allows Vingroup to focus on developing its strategic brands: • Vinhomes (Luxury serviced apartments and villas) • Vincom (Premium shopping malls) • Vinpearl (Hotels & Resorts) • Vinpearl Land (Entertainment) • Vinmec (Healthcare services) • Vinschool (Education) • VinEcom (E-commerce) • Vincom Office (Offices for lease) • Vinmart (Supermarket) • Vinfashion (Fashion) • Vincharm (Fitness and beauty care) • Almaz (The International Cuisine & Convention Center) • VinPro Vingroup continues to pioneer and lead consumer trends in each of its businesses introducing Vietnamese consumers to a brand new, modern life-style with international-standard products and services. Vingroup has created a respected, well-recognized Vietnamese brand and is proud to be one of the nation’s leading private enterprises. With these achievements, Vingroup is recognized as one of the most dynamic, successful, well-capitalized companies in Vietnam, well-positioned for international integration and comparable to the best regional and global peers. 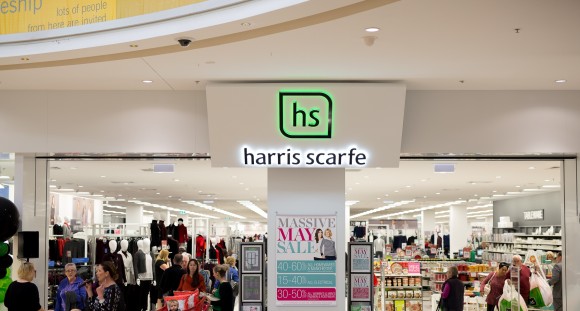 Debenhams to launch in the Australian and Vietnamese markets in 2016