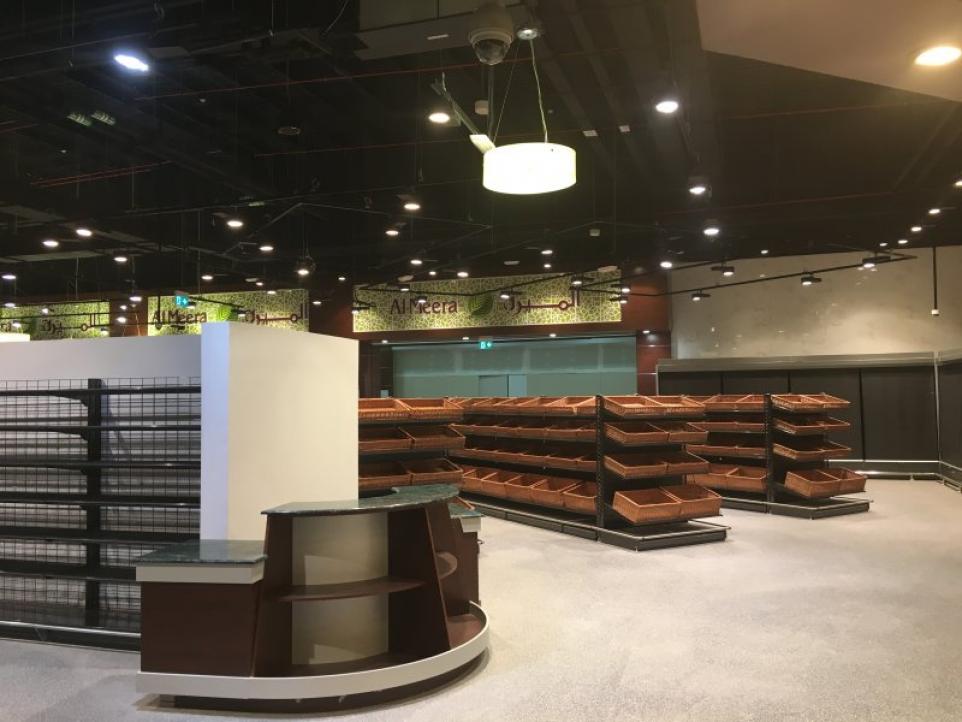 QATAR, 2016-Oct-04 — /EPR Retail News/ — Putting the finishing touches on its current expansion phase in Qatar, Al Meera Consumer Goods Company QSC (Al Meera) has announced that it is in the final stages of preparations for five of the Company’s upcoming stores in the country. Al Meera plans to launch its five new shopping centers in succession, starting with the 4,239 m2 Bu Sidra branch, which is set to open its doors to consumers in the soon future.

The Company’s upcoming stores will add a total of 9,709 m2 Supermarket Area to its presence in Qatar, bringing its trademark shopping experience to citizens and residents in five different suburbs spread across various regions of the country, in line with its mission to contribute to the real estate development of every neighbourhood in Qatar.

“At Al Meera, we are truly excited to be introducing our seamless shopping experience and make a difference in the daily lives of consumers in new territories with lackluster shopping services. Our state-of-the-art stores are designed to provide citizens and residents in five key suburbs – out of the 14 announced last year – that are witnessing a population boom with unmatched shopping convenience, a vast range of competitively priced, high quality products and best-in-class services and facilities.”

He added: “This is a true testament to Al Meera’s capacity for making its expansion plans a reality for consumers in Qatar and further elevates its status as the leading retail chain in the country. It also demonstrates our unwavering commitment to meeting our customers’ expectations, driving the Company’s future growth, boosting our shareholders’ returns, and effectively contributing to the realization of the Qatar National Vision 2030 and its community development objectives.”

Al Meera’s upcoming shopping centers are built in accordance with international standards and by the time they open, will have been equipped with modern interior designs and lighting systems that ensure a distinctive shopping experience. Each center will feature a supermarket equipped with world-class technologies and facilities, a huge parking space, and a diversity of shops and restaurants other stores, further fulfilling the Company’s vision of becoming consumers’ ‘Favourite Neighbourhood Retailer’.

With the five upcoming stores reaching the finalization stage, Al Meera is on the path to completing 11 of the 14 shopping centers expansion plan that the Supermarket Retail Chain announced last year. This is in coordination with the agreement Al Meera signed in March 2016 with Al Khayarin Group Contracting and Trading and Al Muftah Contracting Company to build six new stores in Rawdat Aba El Heran, Azghawa, Leabaib, Umm Qarn, Al Khor and Sailiya.

Al Meera’s expansion plan has been set in motion as an answer to the Company’s strategic research and its mission to continue serving the diverse communities in Qatar wherever they are, while keeping pace with Al Meera’s future growth and the country’s urbanization plan.