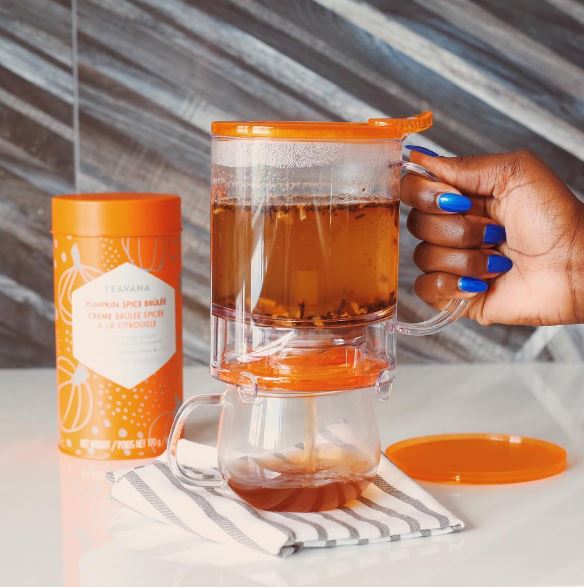 Teavana hot brewed tea launches in the Europe, Middle East and Africa a

Joining the menu for a limited time is the Citrus Mint Green Tea Latte with Matcha, a smooth and creamy green tea matcha with steamed milk and finished with a lemon sprinkle.

Teavana’s hot and iced teas are now available at participating Starbucks stores globally. Explore regions around the world where Teavana tea beverages are offered to customers in Starbucks stores.

This fall, Starbucks® Teavana™ launched in more than 6,200 stores across 16 markets in the China and Asia Pacific region. These Starbucks locations offer a range of full leaf tea sachets as well as handcrafted beverages that were specifically developed for customers in the region.*

Matcha & Espresso Fusion – Matcha powder layered with milk and Starbucks signature Espresso Roast creates a beautiful layered beverage and is an inventive combination of coffee and tea, to be enjoyed hot or iced.

Black Tea with Ruby Grapefruit and Honey – Traditional western black tea combined with tart ruby-red grapefruit, perfectly portioned in honey for a touch of added sweetness. This beverage is served hot, iced and sparkling, where available.

In early July, select Starbucks stores in EMEA introduced Teavana™ iced tea including one flavor available exclusively in the region:

Citrus Mint Green Tea Latte with Matcha – A smooth and creamy green tea matcha with steamed milk and finished with a lemon sprinkle.

Teavana® Iced Strawberry Green Tea Lemonade – This beverage is made with freshly brewed iced Teavana® green tea, which is lightly sweetened with a strawberry sauce, classic syrup and a splash of lemonade.

United States and Canada
Teavana hot brewed teas launched in Starbucks U.S. and Canada stores in January 2015, joining a selection of Shaken Iced Teas the company had offered since 2013. Customers in North America can select from more than 27 different tea beverages, including tea lattes, shaken iced teas and brewed teas.

Teavana® Pumpkin Spice Brûlée Oolong Tea – A balanced swirl of rich pumpkin and flavors of caramel, toffee, butterscotch and creamy vanilla, this rich and smooth cup of tea is a sublime indulgence for the body and mind any time of day

Teavana® Shaken Iced Mango Black Tea Lemonade – Teavana black tea, mango and a hint of sweet passion fruit are shaken with a splash of lemonade to create this all day, every day iced refreshment.