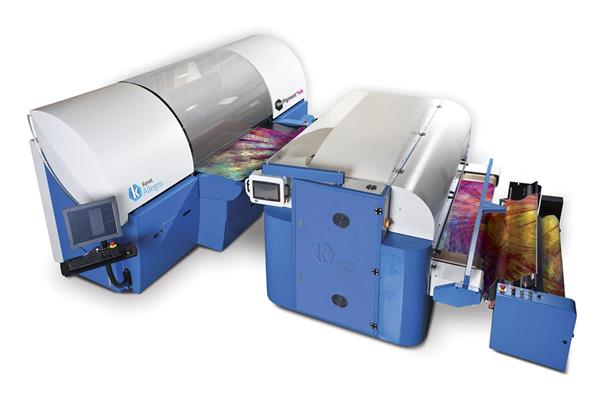 ROSH-HA`AYIN, Israel, 2016-Oct-06 — /EPR Retail News/ — Kornit Digital, (NASDAQ:KRNT), a worldwide market leader in textile printing technology, has announced that its digital roll-to-roll printing system, the Kornit Allegro, will play a critical role in the next episode of Lifetime’s Emmy®-nominated Project Runway. In this American reality competition show, fashion designers compete to create the best fashion pieces with a limited amount of time and resources. The episode, called Sink or Swim, will air on October 6.

Project Runway, which has been called “a lesson in fashion” by the Washington Post, is now running its fifteenth season. Judges include Heidi Klum, Marie Claire’s creative director Nina Garcia, creative director for Brooks Brother Women, fashion designer Zac Posen and mentor Tim Gunn, who once again will have the power to “save” one designer from elimination.

In the Sink or Swim episode, previewed at http://kornit.info/2dhn5vk, the challenge is to create a swimsuit and cover-up design. The candidates are told that they can create a custom design which would be printed and returned to them the following morning. Heidi Klum also announces that the winning design would be shown as part of her swimwear line. The technology partners enabling the super-fast turnaround are Kornit Digital and Kornit user Papilio Prints in New Jersey.

The production technology used is called Kornit Allegro. With its print width of 1.8m, it is the world’s only single-step digital textile printing system designed for high-speed end-to-end production, using Kornit’s patented NeoPigmentTM printing process. The system features an integrated pretreatment technology and works on a variety of fabrics, both natural and man-made fibers and blends. It is the only industrial textile printer available today that integrates all production steps in a single, integrated production line, removing the need for complicated pre- and post-treatments such as steaming and washing. In fact, it is the fastest way from digital designs to the finished fabric. Relying on Kornit’s proprietary process, textile companies and brands can shorten their turnaround times, cut intermediators and eliminate inventory cost. Because of its resource-efficient technology, saving energy and water, the Allegro is also a top choice for environmental protection, can be located practically anywhere and is especially suitable for local production requirements, a growing trend fueled by the internet.

Kornit Digital (Nasdaq:KRNT) develops, manufactures and markets industrial and commercial printing solutions for the garment, apparel and textile industries. Leading the digital textile printing market with its exclusive eco-friendly NeoPigment process, it caters directly to the needs of the entire textile printing value chain, from designers to manufacturers, apparel decorators and fashion brands. With its immense experience in the direct-to-garment market, Kornit Digital is also revolutionizing the roll fabric industry with its single step solution that enables printing with a single ink set onto multiple types of fabric and with no additional finishing process. Founded in 2003, Kornit Digital is a global company with offices in the USA, South America, Asia Pacific and Europe and serves customers in more than 100 countries worldwide. For more information, visit Kornit Digital at www.kornit.com.