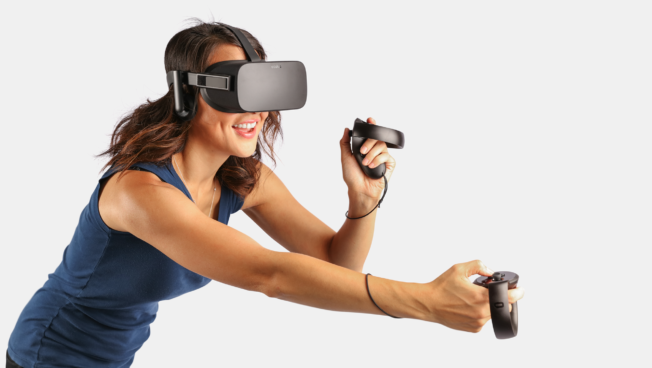 Starting this week, Best Buy is one of the first retailers where you can try out the new Oculus Touch controllers with its Rift virtual reality headset.

Oculus revealed details of its new Touch controllers last week. The hand-held devices help bring your real hands into virtual environments by allowing you to make gestures and finger movements. It provides you with a more realistic VR experience.

Hundreds of Best Buy stores have been hosting demos of Oculus Rift since May. Those demo experiences will now be updated to include new games with Touch controller capabilities. The games include Touch Tutorial, VR Sports Challenge,Unspoken, The Climb (with added Touch controls) and Medium.

If you’re interested in trying out Oculus Rift and Touch, you can sign up in advance here. Or you can stop by one of our U.S. Best Buy stores offering demos for a drop-in session during eligible hours.

Oculus Touch controllers will also be sold in Best Buy stores and on BestBuy.com beginning Dec. 6. But you can pre-order them now at BestBuy.com for $199.99. All pre-orders will come bundled with two games created specifically for Oculus Touch:VR Sports Challenge and The Unspoken. Touch will also come with an additional sensor and a connector for Rock Band VR.

You can find out more about virtual reality on BestBuy.com.