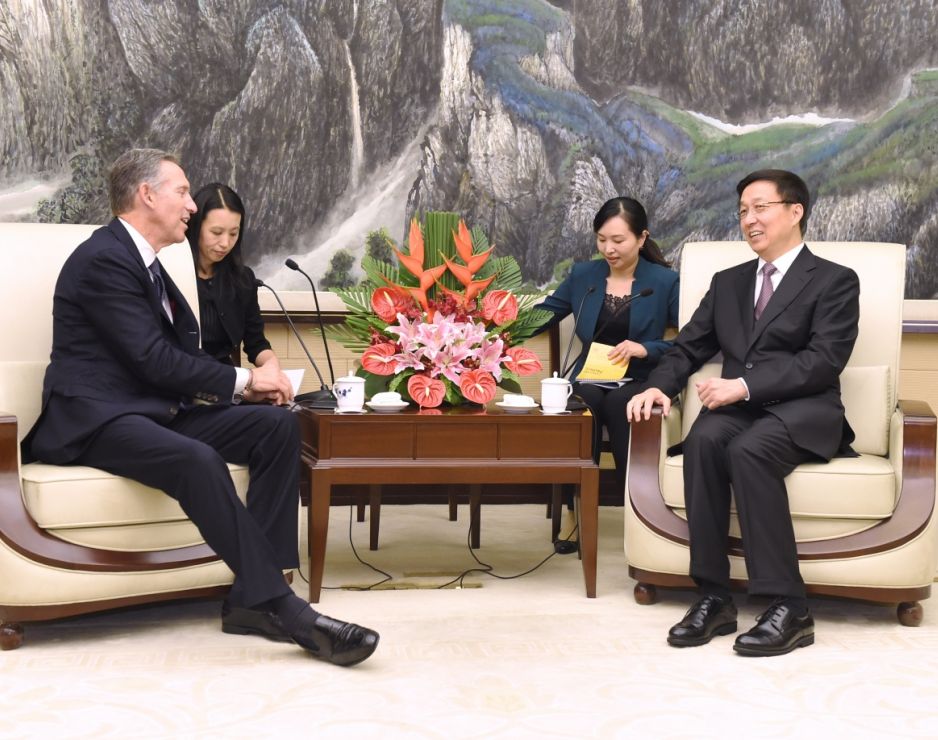 Prior to the meeting, Schultz also met with Mr An Lusheng, Party Secretary of Jing’an District of Shanghai. Earlier this year, Starbucks global leaders met with Mr. An and Mr. Lu Xiaodong, the Mayor of the District in Shanghai, where they stated, “The new Jing’an is focused on developing high-end commercial sectors, establish new developmental goals for a modern cosmopolitan city and encourage new retail innovations within our district. The government fully supports this pioneering retail experience and initiative from Starbucks.”

In addition, Starbucks announced the promotion of Belinda Wong from president to chief executive officer of Starbucks China. Wong has been instrumental in Starbucks unprecedented growth in China – from 400 stores in 2011 to over 2,300 stores today – by leading on the foundational values of Starbucks mission and driving meaningful innovation for Starbucks partners (employees) and customers in China. In this role, Wong will oversee Starbucks plans to double its scale to operate 5,000 stores in China by 2021.