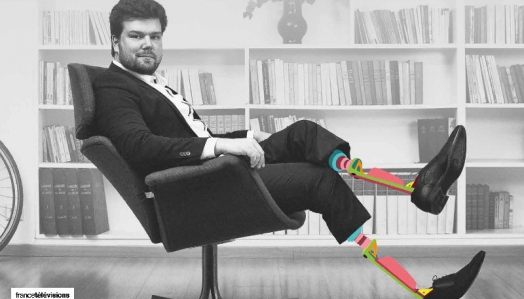 Carrefour currently employs more than 12,000 persons with disabilities and intends to continue its disability inclusion efforts

Boulogne-Billancourt, France, 2017-Nov-09 — /EPR Retail News/ — Carrefour, a partner of the 2017 European Disability Employment Week organized by LADAPT, has launched far-reaching initiatives to help disabled individuals enter the workforce since 1999. The retailer has posted a 25% increase in the employment rate in Europe in five years and currently employs more than 12,000 persons with disabilities, including more than 8,600 in Europe. In France, where the “Mission Handicap Hypermarchés” agreement has already been renewed seven times, Carrefour hypermarkets and Carrefour Market stores have surpassed the 6% legal threshold thanks to ongoing efforts to promote the inclusion of disabled workers.

With 12,000 stores that reflect their local communities and neighbourhoods and as a signatory of the Diversity Charter since 2004, Carrefour takes concrete actions year-round in the 10 countries in which it operates to ensure that diversity is a key feature of all the company’s professions and at all levels.

Carrefour Market celebrated the 10th anniversary of its Mission Handicap agreement this year. It was awarded the Diversity Label by AFNOR (the French national organization for standardization), confirming the commitments and concrete actions taken by the retailer to promote diversity and gender equality and combat all forms of discrimination. Disabled individuals account for 6.71% of its workforce (figures at end-2016).

In addition, Carrefour Supply Chain participates each year in the “Free Handy’s Trophy”, a relay race in which able-bodied and disabled employees pair up to cover a 700 km route on tandem bicycles and in canoes.

Lastly, since 2016 Carrefour has helped those with psychological disorders by working with the French Army to provide immersion traineeships to soldiers wounded in the line of duty. The aim is to support them in finding a new civilian career and offer them appropriate retraining. To date, eight people have been offered immersion training and two people have obtained employment.

Carrefour partners with LADAPT in Europe
As the first company to enter into a partnership with the ILO Global Business and Disability network in 2011, Carrefour supports inclusion on a Europe-wide scale and the dissemination of best practices to promote the employment of persons with disabilities.
In joining forces with LADAPT, Carrefour further demonstrates its diversity policy and intends to continue its international efforts alongside it.

Elsewhere in Europe, an overview of Carrefour’s initiatives
As the first company to enter into a partnership with the ILO Global Business and Disability network in 2011, Carrefour is stepping up its efforts to promote the employment and professional development of disabled individuals not only in France but also in Belgium, Spain, Italy, Poland and Romania. The number of disabled employees working at Carrefour has increased by 25% since 2011.

Here are a few examples of the initiatives carried out:

>In northern Europe:
In Belgium, Carrefour organizes the “Duo Day” program in partnership with AWIPH (Walloon agency for the integration of disabled persons). Each year in March, store employees are invited to work in tandem with a disabled person for several days. The goal is to provide an introduction to the workplace and help employees and customers change the way they perceive disability by showing them how individuals who are full of potential can be employed.

>In Eastern Europe:
In Poland, the retailer works with the Ekon association, which has led to the recruitment of 150 mentally disabled individuals. It employs 315 persons with disabilities, which represents a 20% increase between 2015 and 2016. In Romania, Carrefour introduced an action plan in 2016 to hire 70 disabled individuals.

>In southern Europe:
In Spain, Carrefour has signed agreements with the local authorities and associations to promote the employment of people with disabilities. Thanks to the various initiatives undertaken, Carrefour Spain received the European prize for best company in terms of workplace integration. This prize is awarded by EAPSD (European Association of Service Providers for Persons with Disabilities), which recognizes the company’s efforts to support the integration of persons with disabilities into the workplace. In Italy, Carrefour has made disability one of the four key priorities of its Diversity strategy. The retailer employs more than 600 disabled people in the country.