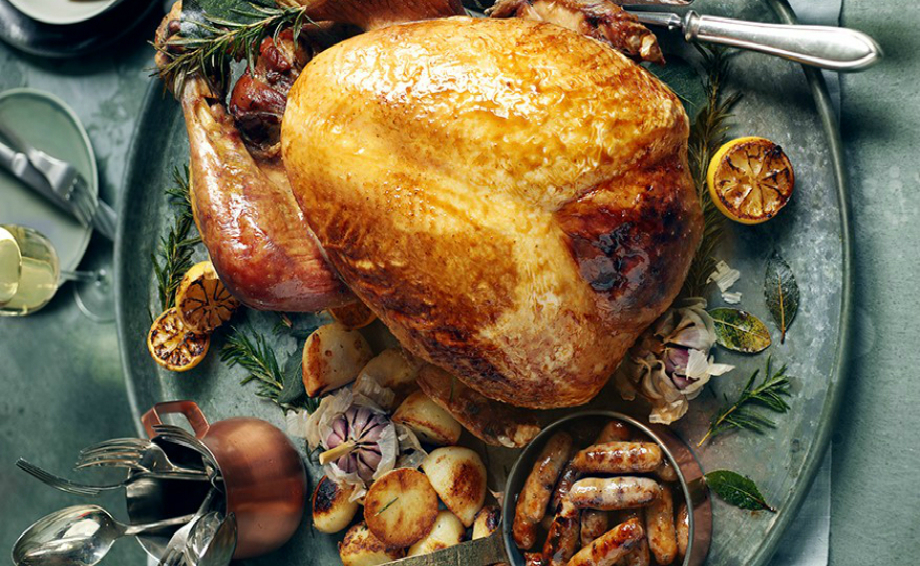 London, 2017-Nov-15 — /EPR Retail News/ — New research from Sainsbury’s has pin-pointed the fifty things that truly make a great British Christmas, from celebratory bubbles in the morning to a snooze on the sofa.

Over 2,000 people were asked by the retailer to name the things that make the perfect Christmas in their households and the list was wonderfully diverse.

Telling terrible cracker jokes proved to be a sure-fire festive hit with Brits – as awful gags around the Christmas lunch table secured the top spot of Christmas traditions in homes up and down the UK.

Food and drink remains at the heart of the British Christmas experience: a fifth of Brits will have chocolate for breakfast on December 25th, while a quarter will enjoy brunch as well as lunch, a third will sip some fizz before lunchtime, and a quarter of us will complain that we’ve eaten too much before finding space for a little bit more.

Festive frustrations – losing the end of the sticky tape, receiving Christmas cards from people who dropped off the list, getting socks under the tree again and having to develop “gift face” for unwelcome presents – all made the list of the most common Christmas occurrences across the nation.

Sainsbury’s research into what makes “Every bit of Christmas” also identified the activities that take place across the nation on Christmas day. Perhaps predictable was the presence of telly-watching, especially whilst dozing on the sofa, as well as watching big screen classics like A Muppets Christmas Carol.

A fifth of Brits will watch the Queen’s Speech whilst a further fifth will try and walk off a few extra goose fat roasties on the post-lunch walk. Other favourite festive activities included playing secret Santa with work colleagues, watching Christmas lights being switched on and leaving treats out for Santa and Rudolph on Christmas Eve.

Sainsbury’s has celebrated these traditions in musical form in its Christmas advertising campaign this year to show how it’s the little things that come together to create the perfect festive season and mean that households are ‘living well’ at Christmas. In a song written by rapper and comedian Ben Bailey Smith – also known as Doc Brown, members of the public celebrate their love of the top traditions that the research uncovered.

Laura Boothby, Head of Broadcast Communications at Sainsbury’s said: “Christmas means something unique to every household and we all have our favourite moments and traditions that help us live well during the festive season. To understand what makes up a truly British Christmas, we asked the nation about the moments big and small that make up Christmas and we have celebrated them in this year’s Christmas campaign.

From chocolate and crackers to sprouts and sticky tape, Sainsbury’s can help you with everything you need to have a Christmas filled with all of your favourite traditions. And many of our stores are open until late on Christmas Eve for those whose Christmas would be nothing without an emergency last-minute food shop!”

The Sainsbury’s Christmas campaign – which features many of the top traditions – will air throughout the season of good will (and bad jokes). It will also have some cameo appearances from some of the personalities who best capture the nation’s Christmas moments.

London, 2017-Nov-14 — /EPR Retail News/ — Sainsbury’s has unveiled its Christmas advertising campaign which is a change in direction from the ‘Christmas specials’ of recent years into an extension of the retailer’s year-round Living Well campaign.

Sainsbury’s has unveiled its Christmas advertising campaign which is a change in direction from the ‘Christmas specials’ of recent years into an extension of the retailer’s year-round Living Well campaign. From pigs in blankets to novelty socks, ripped paper hats to Brussels sprouts, “Every Bit of Christmas” celebrates the many ways that Brits live well over the festive season.

The campaign centres around an upbeat, festive song written by lyricist Ben “Doc Brown” Smith and composed by Mikis Michaelides. It features members of the public and Sainsbury’s colleagues singing about the things that help them to live well at Christmas time.  It also includes cameos from well-known festive favourites Ricky Tomlinson and Kermit the Frog.

In a departure from the ‘Christmas special’, this year’s creative is an extension of Sainsbury’s year-round campaign launched in January which celebrates the ways that the nation lives well and the joy of food. Staying true to the year-round creative, the campaign is filmed in black and white, features real people rather than actors and heroes the retailer’s food products.

Laura Boothby, Head of Broadcast Communications at Sainsbury’s, said: “Living well has been at the heart of our advertising all year and there is no better time to celebrate that than at Christmas. There are so many rituals and moments that makes each person’s Christmas special and we wanted to feature as many of these as possible – and all set to a catchy festive tune!”

The campaign launches with a 90 second spot which airs for the first time at 19.45 during The X Factor on ITV, and will be shared simultaneously across the retailer’s social channels: Facebook, Twitter, Instagram, YouTube and Snapchat. Throughout the festive period a variety of films and social content will run across broadcast, print, social media, audio, digital display and outdoor advertising.

The campaign was shot on location in London, Cardiff, Manchester and Glasgow with a cast of 200 people – and some of their pets – as well as three colleagues from Sainsbury’s. It was directed by We Are From L.A, the talented French directing duo famed for making Pharrell Williams’ “Happy” music video.

The campaign is borne from the insight that Christmas is the time of the year that people most enjoy living well and take joy in all the little things that make it so special.  The song’s lyrics feature some of the things that make up a typical modern Christmas in the UK. Research commissioned by Sainsbury’s revealed that cracker jokes and losing the end of the sticky tape topped the list.

The creative agency behind this year’s campaign is Wieden+Kennedy London. The media agency is PHD and digital agencies are Analog Folk and Gravity Road.