After 38 years of distinguished service to Tesco, Trevor Masters, CEO Tesco International, will leave the business at the end of May.

Trevor began his Tesco career as a teenage management trainee. Over the last four decades, he has served as Operations Director for the UK, a member of the Executive Committee and CEO of our International business. His contribution to Tesco has included growing our Extra format; building our JV businesses in India and China; and rationalising our international business over the last two years.

Following the completion of the sale of our Turkish business, we will be giving greater focus to the two parts of our international business. This includes creating two new roles leading Asia and Central Europe on our Executive Committee.

Tony Hoggett joined Tesco as a sixteen year old student in 1990. He managed a number of stores across northern England before being promoted to Stores Director. In 2007 Tony moved to China, where he led our business in the South. In 2010, Tony joined the Turkish Board as Chief Operating Officer. He returned to the UK in 2011 and joined the UK Leadership Team as Retail Director in 2014 before becoming UK Chief Operating Officer in 2016. Over the last three years, Tony has led the transformation of our service model and customer experience in the UK.

Matt joined Tesco in 1996 initially as a marketer, and subsequently worked extensively across different categories in our Product team. After three years as Commercial Director for our Czech and Slovak businesses, Matt returned to the UK to set up our Group Food capability, managing our regional fresh food and Tesco Brand sourcing, buying and inbound supply chains for the UK, ROI, Central Europe and Asia.  For the last two years, Matt has integrated these capabilities into the UK business, and led his team to an exceptional trading performance across Fresh Food and Commodities, as part of our UK ambition to become First for Fresh.

“I’d like to thank Trevor for everything he has done for our business over the last four decades. He has worked tirelessly to strengthen and simplify our international business, and we couldn’t have made the progress we have without him.

“Tony and Matt’s work has been at the heart of Tesco’s turnaround over the last two years and I’m delighted that they will join our Executive Committee. Their new roles will allow us to focus on the different opportunities presented in Asia and Central Europe and I’m looking forward to working even more closely with them both”. 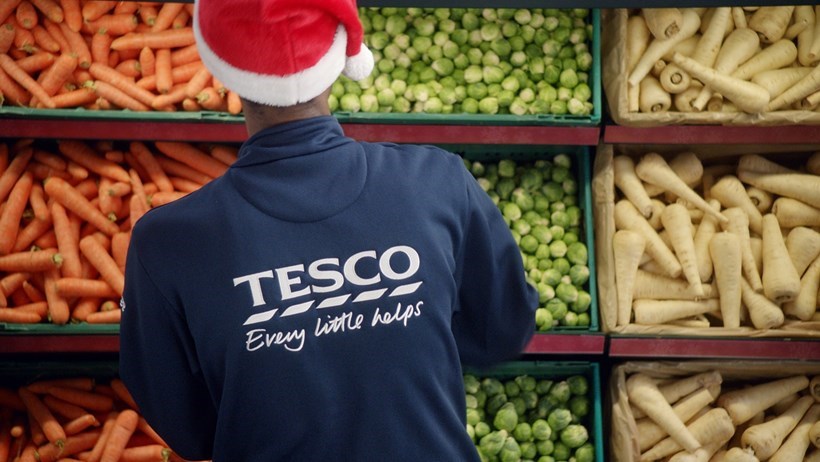 This December 15,000 additional Festive Colleagues set to help customers with their Christmas shopping at Tesco

Tesco customers are set to be given an extra helping hand with their Christmas shopping this year by over 15,000 additional Festive Colleagues.

CHESHUNT, England, 2016-Dec-01 — /EPR Retail News/ — The majority will start in stores across the UK from the start of December, and will work across a range of departments to help customers with everything they need – from picking the perfect party dress to finding that all important jar of cranberry sauce.

“Our colleagues are already doing a wonderful job getting ready for the festive season and with our additional Festive Colleagues joining them in store, we’re ready to help our customers every step of the way this Christmas.”

Nearly 60,000 people were interviewed for Festive Colleague roles at Tesco this year.

Thousands of Tesco office colleagues will also work in Tesco stores over the festive period as part of the Feet on the Floor programme.

Feet on the Floor, which runs between Halloween and Christmas, is an opportunity for all Tesco colleagues to share experiences and work together at a crucial time of year, ensuring the best possible customer service. Tesco head office employees are set to work the equivalent of 10,000 days in stores over the next six weeks.

CHESHUNT, England, 2016-Apr-26 — /EPR Retail News/ — Tesco is set to introduce defibrillators in over 900 of its largest stores, providing lifesaving support to customers and colleagues across the UK.

Tesco is the UK’s largest retailer, with millions of customers visiting its stores each week.

Statistics from the British Heart Foundation show that over 30,000 people suffer a cardiac arrest outside of hospital in the UK every year, but less than one in ten survive.

For every minute without CPR and defibrillation, a person’s chance of survival decreases by around 10 percent. 729 Tesco Extra and Superstores all over the country will be fitted with defibrillators as part of the initiative, and the retailer also plans to install the equipment in all of its 178 Metro stores over the coming months.

“We are always looking for ways to help the communities we serve, and we know that having a defibrillator to hand can mean saving the life of someone suffering a cardiac arrest. This initiative has the potential to make a real difference to customers and colleagues all over the country.”

“If you have a cardiac arrest in the UK today you have just a one in ten chance of survival.  More people could be saved if more people had the skills and confidence to perform CPR and more defibrillators were available and accessible in public places.

“We are delighted that Tesco is supporting BHF’s Nation of Lifesavers campaign by making public access defibrillators available in all its larger stores. Knowing vital CPR skills and having access to a defibrillator can often be the difference between life and death.”

Tesco is working to improve the health of the nation through its partnership with Diabetes UK and the British Heart Foundation. The partnership supports new initiatives that will help people lead healthier, longer and more active lives.

Cheshunt, England, 2014-12-18 — /EPR Retail News/ — Customers at 400 Tesco stores will have dedicated bag packers working every day from now until Christmas Eve. The role isn’t just about bag packing, it’s part of Tesco’s work to really deliver for customers this Christmas. From running and grabbing a forgotten product for a customer to pushing the trolley to the car – Tesco bag packers will be on hand for whatever customers’ need. Greeters will also ensure customers are welcomed to the store when embarking upon their festive shops.

‘Providing great service to our customers every day is really important to us, but it’s even more important at Christmas. We all know how stressful the Christmas shop can be, but we also know it can be a lot of fun with the right colleague on hand, which is why we’ve invested in having bag packers and greeters.”

‘I’m really looking forward to helping customers with their Christmas shop in the next couple of weeks. We’ll all be donning our Christmas jumpers and hope to bring lots of festive cheer’.

This is part of Tesco’s continuing efforts to improve service. Further details on service initiatives – 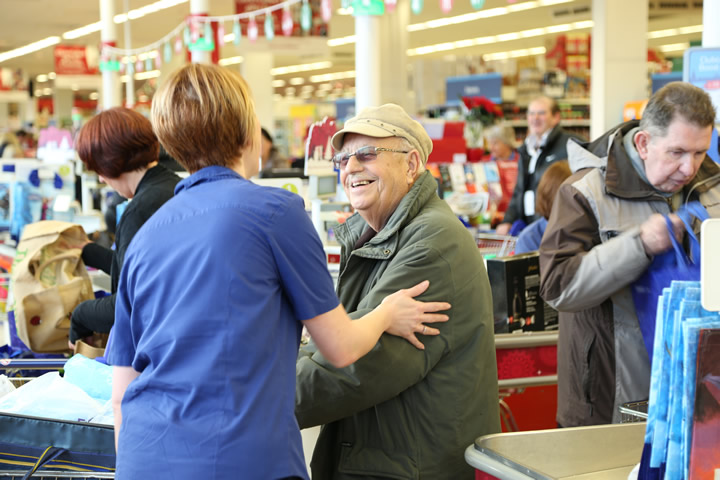