Paris, France, 2014-1-20 — /EPR Retail News/ — Forty internationally-renowned experts from the world of fashion—including editors from prestigious publications, prize-winning photographers, heads of cultural institutions and industry executives—have accepted the invitation to join the panel of experts for the LVMH Young Fashion Designer Prize. Their task will be to select the ten finalists who will present their collections to the jury.

During Paris Fashion Week (end of February – beginning of March 2014), the 30 finalists chosen by the LVMH Prize team from among the hundreds of applicants from around the world— including Asia, Africa and South America as well as the United States and Europe—will present their work to the panel of experts, who represent the multiple creative facets that shape today’s fashion universe. The showroom at LVMH headquarters will be the last stage before the ten young finalists present their work to the prestigious Prize jury.

Candidates have until February 2, 2014 to enter the Prize competition.

The Panel of Experts is posted on lvmhprize.com:

Delphine Arnault, Jean-Paul Claverie (advisor to Bernard Arnault and head of corporate philanthropy for LVMH) and Pierre-Yves Roussel (Chairman and CEO of the LVMH Fashion Group).

To find out more about the LVMH Young Fashion Designer Prize visit the prize website: www.lvmhprize.com 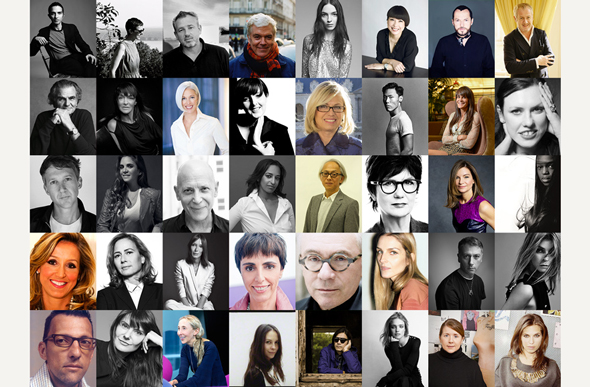