Zaandam, 2014-5-9 — /EPR Retail News/ — Luc de Baets has been appointed as General Manager Albert Heijn Belgium as of 1 June 2014. In this role, he is succeeding Corné Mulders who will be continuing his career outside Albert Heijn at the end of this month.

Luc de Baets has worked for Albert Heijn since the beginning of 2003 and is currently EVP HR in the Management Team. With a short hiatus, Luc has been part of the Albert Heijn Management Team for the past eleven years and has provided a significant contribution towards the growth of our company in the Netherlands and neighbouring countries. Luc graduated in business management from Groningen. Before he came to work for Albert Heijn, Luc was responsible for HR at Endemol and the Vendex KBB Speciaalzaken Groep in the Netherlands and also worked on expansion into Belgium and Germany in the 1990s. Luc was born in Sluis (Zeeuws Vlaanderen), where his parents were active in the retail sector.

Sander van der Laan, CEO of Albert Heijn: “Over the past three years, Albert Heijn Belgium has grown, in line with our plans, from one store in Brasschaat to twenty in Flemish Belgium. The stores are successful and welcome over 250,000 customers every week. I would like to sincerely thank Corné for his contribution to the growth of ‘Belgium’ which he realised with his team in three years.

As announced previously, we are on target to have 50 stores open in Belgium by the end of 2016. Our new General Manager has Flemish roots and is bringing all of his extensive retail experience to Belgium. Luc de Baets has provided a substantial contribution towards the Albert Heijn business and the HR role for around 11 years. I am delighted that he is taking on a new role in Belgium and wish him every success. I also wish Corné every success with his career outside the company.”

The General Manager Albert Heijn Belgium will keep reporting to Wouter Kolk, EVP new markets and specialty stores. Corne will settle Luc into his new role in Belgium in the coming weeks and will leave the company at the end of the month to become a board member of Sligro. 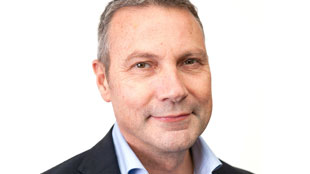