GRAND RAPIDS, Mich., 2014-7-2 — /EPR Retail News/ — Less than a year after Meijer opened a supercenter at the historical Michigan State Fairgrounds on 8 Mile Road and Woodward Avenue, the retailer continued its investment in the city of Detroit today with a formal groundbreaking ceremony for a second supercenter to be located at the site of the former Redford High School on the city’s west side.

The planned supercenter represents the retailer’s commitment to the city and its residents, as well as its philosophy of serving the needs of families by providing quality merchandise, fresh produce and a full-service, drive-thru pharmacy that puts family health care first.

“The opening of our store in the city of Detroit last summer marked a significant milestone in our company history, and the beginning of a promise to be a part of this community long into the future,” Co-Chairman Hank Meijer said. “We could not be more pleased with its success, and look forward to opening another supercenter here in Detroit.”

Detroit Mayor Mike Duggan was among several government and Meijer representatives in attendance.

“The first Meijer store in Detroit has shown how tremendous the market is in the city for quality shopping,” Duggan said. “Adding this second store is a real testament to Meijer’s commitment to Detroit and Detroiters’ love for what Meijer adds to our community. Having these two retail anchors in our neighborhoods fills a great need for our residents and is a major selling point for others who are considering moving into the city.”

Located at Grand River Ave. and McNichols Road, the planned northeast Detroit store is expected to create up to 500 jobs and will embody the commitment to community that has guided the family-owned retailer over the years. Meijer donates more than 6 percent of its net profit each year to charitable organizations, including food banks and pantries. The company also partners with local farmers and businesses, when available, to provide locally-grown produce and other local products.

Construction of a new Meijer supercenter typically takes a year, and hiring announcements for the second Detroit store will begin in early 2015.

Please visit the Meijer Newsroom for more facts about what a Meijer store has to offer.

About Meijer
Meijer is a Grand Rapids, Mich.-based retailer that operates 210 supercenters and grocery stores throughout Michigan, Ohio, Indiana, Illinois and Kentucky. As a pioneer of the “one-stop shopping” concept, Meijer stores have evolved through the years to include expanded fresh produce and meat departments, as well as pharmacies, comprehensive electronics departments, garden centers and apparel offerings. For additional information on Meijer, please visit www.meijer.com. Follow Meijer on Twitter @twitter.com/Meijer and @twitter.com/MeijerPR or become a fan at www.facebook.com/meijer. 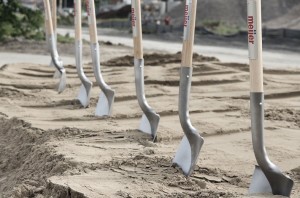