Köln, Germany, 2014-7-2 — /EPR Retail News/ — The supervisory board of REWE Group has prematurely extended the executive board contract of Dr. Christian Mielsch (51) by three further years.

In September 2012, Dr. Mielsch was appointed to the management board of REWE Group. In this position, he was responsible for Finance, Business Administration, Information Technology, Real Estate Management and Taxes/Special Assignments. Now, the company’s supervisory board has extended his executive board contract by further three years until the end of August 2018.

“In view of the successful development of REWE Group, we are delighted that with the extension of Dr. Mielsch’s contract, we were able to set a further example of continuity in the work of the management board,” said REWE Group’s Chairman of the Supervisory Board, Heinz-Bert Zander.

The cooperative REWE Group is one of the leading trade and tourism groups in Germany and Europe. In 2013, the company generated a total external turnover of around 51 billion euros. REWE Group, founded in 1927, operates 15,000 stores with 330,000 employees in 12 European countries. In 2013, around 226,000 employees generated sales totalling 36 billion euros in about 10,000 stores in Germany.

Our sales lines include supermarkets and consumer stores under the REWE, REWE CENTER, REWE CITY and BILLA brands, the PENNY discounter brand, toom Baumarkt DIY stores and B1 discount DIY stores. Under the umbrella of DER Touristik, travel and tourism includes the tour operators ITS, Jan Reisen and Tjaereborg, as well as Dertour, Meier’s Weltreisen and ADAC Reisen, and the business travel division FCm Travel Solutions with over 2,100 travel agencies (including DER Reisebüro, DERPART), and the hotel chains lti hotels, Club Calimera and PrimaSol Hotels, and the direct tour operator clevertours.com. 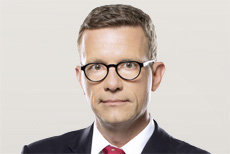 REWE Group extends executive board contract of Dr. Christian Mielsch until the end of August 2018