The fun and interactive cooking event will be held at 6:30 p.m. Aug. 8 at the Grand Rapids Public Museum, and will showcase the chefs’ elegant culinary creations with event proceeds benefiting the Meijer Simply Give program, which replenishes the shelves of food pantries throughout the Midwest.

A limited number of general public tickets are now on sale for $100 each, which include food, wine and a ticket to the golf tournament for the weekend.

“We are excited about this event, and what each of these chefs will bring to Grand Rapids – entertainment, and passion for cooking and community support,” Tournament Director Lesley Baker said. “We think the community will appreciate the opportunity to support such a worthwhile program like Simply Give.”

The three celebrity chefs in attendance this year are:

Each celebrity chef will prepare a unique menu, which will include an appetizer, main course and a dessert. A panel of judges made up of a local celebrity, and Meijer, LPGA and Kraft representatives will determine the winner.

The tournament will make a donation to the four local food pantries of the winning chef’s choice.

The event will also be interactive with the celebrity chefs located at stations to greet guests, explain the courses, answer guest questions and share food samples.

“The Grand Rapids area has an appreciation for food, and we think this event is a great way to pair world-class culinary creations and great entertainment with a cause that does so much good within Meijer communities,” said Randy Stewart, group vice president of foods for Meijer.

About Meijer Simply Give
Meijer is a family-owned retailer based in Grand Rapids, Mich. with a fundamental philosophy aimed at strengthening the communities it serves. Meijer operates 210 supercenters and grocery stores throughout Michigan, Ohio, Indiana, Illinois and Kentucky, and proudly donates more than 6 percent of its net profit each year to charities throughout the Midwest. With hunger as a corporate philanthropic focus, Meijer partners with hundreds of food banks and pantries through its Simply Give and food rescue programs. Meijer also supports education, disaster relief, and health and wellness initiatives. For additional information on Meijer philanthropy, please visit www.meijer.com. Follow Meijer on Twitter @twitter.com/Meijer and @twitter.com/MeijerPR or become a fan at www.facebook.com/meijer.

About the LPGA (Ladies Professional Golf Association)
The LPGA is the world’s leading professional golf organization for women. Founded in 1950, the association celebrates a diverse and storied membership with more than 2,300 members representing more than 30 different countries. With a Vision to inspire, empower, educate and entertain by showcasing the very best of women’s golf, LPGA Tour Professionals compete across the globe, while dedicated LPGA Teaching and Club Professionals (T&CP) directly impact the game through teaching, coaching and management. The Symetra Tour consistently produces a pipeline of talent ready for the world stage. The LPGA is headquartered in Daytona Beach, Florida. Follow the LPGA on its television home, Golf Channel, and on the web via: www.LPGA.com, www.facebook.com/lpga.official, www.twitter.com/lpga, and www.youtube.com/lpgavideo. 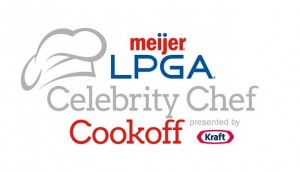