Emeryville, Calif., 2014-7-31 — /EPR Retail News/ — Whole Foods Market announced today a new store for the Northern California region, in Midtown Sacramento at 20th and L streets. The store will be approximately 40,000 square feet and serve as the first floor of a mixed-use building with residential units above. Shoppers will be able to park in a structured garage.

“We are excited to expand our reach into Sacramento’s eclectic and dynamic Midtown neighborhood,” said Rob Twyman, regional president of Whole Foods Market’s Northern California region. “We look forward to serving and partnering with this community.”

Developers plan to break ground on the project in spring 2016. 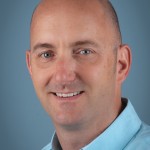