“We were able to sustain solid revenue growth across our core businesses of retail, banking and property. We also saw more robust real estate sales in the quarter with the launch of new projects. Our underlying profitability was driven by strong delivery of BDO and steady property contribution. In retail, gross margins have stabilized despite the intensifying competition, and we remain committed to expanding to new formats to tap the unserved and underserved markets,” SM President Harley T. Sy said.

Net Income Profile
Banks accounted for 41.9% of SM’s consolidated net income in the first nine months and property accounted for 39.1% while retail contributed 19.0%.

Net interest income in the first nine months grew 21% and continued to be the main earnings driver at PHP 37.5 billion. This is primarily due to the bank’s customer loan business which expanded 22% to PHP1.0 trillion. Total deposits registered PHP1.4 trillion, 18% higher than previous year.

BDO’s total capital adequacy ratio (CAR) of 14.1% and common equity tier 1 (CET 1) ratio of 12.7% under the current Basel III environment are well above the regulatory minimum of 10% and 8.5% percent respectively.

Same-store rental growth was at 7.0% in the first nine months.

The increase in rental revenue was primarily due to the new and expanded malls in 2013 and 2014 such as SM Aura Premier in Taguig, SM City BF Paranaque, Mega Fashion Hall in SM Megamall in Mandaluyong and SM Cauayan in Cagayan Valley with a combined 527,000 sqm. Part of the growth was from TwoE-comCenter in Mall of Asia Complex which opened in 2013 and is now fully occupied.

SM Prime recently expanded its malls in Bacolod and in Lipa, Batangas which contributed a combined 295,811 sqm to the company’s gross floor plate. In terms of commercial spaces, SM Prime topped off FiveE-ComCenter, a 15- level office building at the Mall of Asia Complex with a gross floor area of 125,716 sqm and approximately 85,000 sqm of leasable area. It also broke ground on ThreeE-comCenter, also a 15-storey building featuring semi-circular twin towers with a total GFA of 111,727 sqm.

These new office buildings will continue to establish the E-comCenters as a premier address in the Mall of Asia Complex in Pasay City given its ideal location and master-planned environment.

Cinema ticket sales rose 20.6% to PHP3.3 billion in the nine-month period from PHP2.7 billion in 2013 largely due to the international and local blockbuster movies shown as well as the opening of digital cinemas at the new and expanded malls.

Amusement and other revenues increased by 20% to PHP2.1 billion during the nine-month period. This was due to the strong patronage of amusement rides and additional recreational facilities in various malls.

Retail Operations
For the first nine months of 2014, SM Retail’s net income grew 5.0% to PHP3.8 billion. Total sales rose 9.2% to PHP136.4 billion. SM continues to be a market leader in the Philippines. The food retail business in particular is on an aggressive expansion mode to penetrate the informal sector and both urban and rural communities. In the department store business, the SM Store continues to introduce fresh concepts and its expansion is on track in line with the completion of new SM malls.

SM Balance Sheet
The total assets of SM grew 8.3% in the first nine months to PHP685.6 billion. As of end-September 2014, SM maintains a healthy balance sheet with a gearing ratio of 40% net debt to 60% equity.

SM raised PHP15 billion in May 2014 from a public offer of peso-denominated retail bonds with maturity of seven and 10 years. The SM bonds are rated PRS Aaa by Philippine Rating Services Corporation, the highest rating assigned by the credit rating firm.

About SM Investments Corporation
SM Investments Corporation (SM) is one of the leading conglomerates in the Philippines with highly synergistic businesses in retail, banking and property development. SM has evolved into one of the highly respected companies in the country owing to its progressive approach in business and its comprehensive sustainability programs for its host communities through SM Foundation and SM Cares. 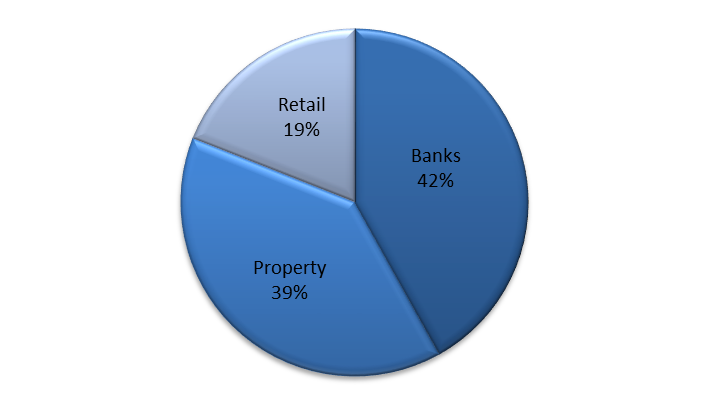