PARIS, 2014-11-20 — /EPR Retail News/ — On 18 November, Carrefour and its Foundation were given the “Panel’s special prize” at the 2014 National Socially Responsible Company Awards. The prize was awarded in recognition of the work done alongside Emmaüs Défi on helping the homeless and tackling exclusion.

Under the patronage of Gérard Larcher, President of the French Senate and Xavier Pintat, member of the French Senate representing the Gironde département, the National Socially Responsible Company Awards have been awarding prizes every year since 2007 to companies in recognition of exemplary initiatives that they have developed and deployed in the public interest.

Emmaüs Défi and Carrefour, a partnership between an association and a company set up to tackle exclusion

As providers of expertise, financial support, job opportunities and sponsorship in kind, Carrefour’s teams have pledged their support for the Emmaüs Défi association in a number of different areas, the aim being to help vulnerable people and support them in their search for employment.

> Providing the expertise of employees working for Carrefour France’s Supply Chain Division: warehouse teams share their logistics expertise with Emmaüs Défi’s staff through more than 100 hours of skills sponsorship every year. Out in the field, these committed employees help the association optimise management of furniture and miscellaneous equipment stocks, as well as the way in which the warehouses which supply these “charity odds and ends” operate.

> Providing sponsorship in kind for Emmaüs Défi’s “Charity Equipment Bank”: Carrefour and its Foundation, working alongside the Paris Town hall, provide the association with support in order to provide extremely vulnerable families who are moving into their first property with everything they need to fit out their new home. As part of the scheme, Carrefour has provided more than 20,000 items for some 800 families (furniture, household appliances, crockery, linen, etc.)

> Job opportunities: teams from Carrefour’s Job Centre help people supervised by Emmaüs Défi who are suffering from extreme exclusion, organising visits to warehouses and stores for them so that they can find out about various professions, “total immersion” work placements and coaching workshops. Thanks to this professional integration initiative, three people who had not worked for a very long time were hired on permanent contracts at Carrefour stores in 2014.

> €377,400 worth of sponsorship from Carrefour’s Corporate Foundation since 2011 in order to set up the Charity Equipment Bank, carry out an analysis of the impact of its initiatives and create a training store. 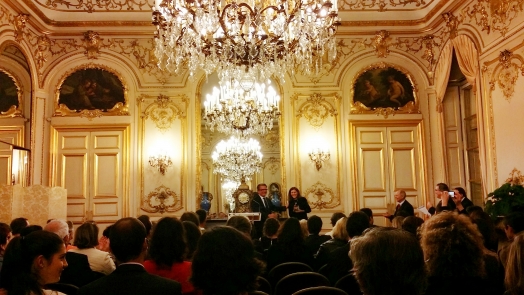