An exclusive deluxe edition available only at Target, which features four extra tracks and exclusive cover art, is available for pre-order beginning today on Target.com, and will go on sale in stores and on Target.com on February 17.

On Smoke + Mirrors, Imagine Dragons use the frenetic energy of life on the road to infuse their music with both raw tension and intense vulnerability. As on their double-platinum full-length debut Night Visions, the band works with sharply crafted beats and grooves to dream up rhythm-driven rock music that’s artful yet visceral. Also revealing the band’s dedication to keeping it homespun, Smoke + Mirrors marks the first release recorded in their new self-built home studio.

Formed in 2009, and featuring lead vocalist Dan Reynolds, guitarist Wayne Sermon, bassist Ben McKee, and drummer Daniel Platzman, Imagine Dragons quickly earned a grassroots following. With 2012’s Night Visions, the album debuted at No. 2 on the Billboard Top 200 Albums chart, sold nearly four million copies worldwide, and became the No. 1 album on Spotify Worldwide for 2013. Night Visions’ second single, the 9x-platinum “Radioactive,” hit No. 1 on the Billboard Rock chart and earned the band a 2014 Grammy for “Best Rock Performance.” It is the best-selling rock song in U.S. digital history. The third single, “Demons,” hit No. 1 at Alternative and Top 40 radio, and has sold 3.9 million copies in the U.S. The band has sold more than 24 million tracks worldwide. 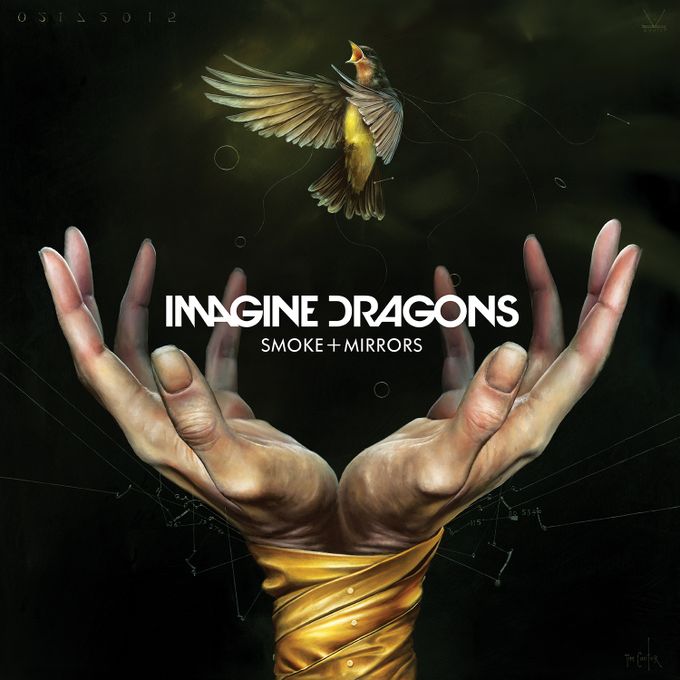