SEATTLE, 2015-7-10 — /EPR Retail News/ — Starbucks China president Belinda Wong is recognized for her leadership on a new 2015 ranking of Forbes top 100 women in business in China.

Wong is 41 on the list which includes Sun Yafang, the chairperson of board of HUAWEI Technologies CO. LTD as the top of the list. Dong Mingzhu, the chairperson of GREE and Wang Fengying, the General Manager of Great Wall Motor Company Limited are listed as the second and third.

Starbucks has been in China for 16 years with more than 25,000 partners (employees) including thousands of certified coffee masters who demonstrate exceptional coffee knowledge and skills. In the last three years, Starbucks has more than tripled the store count in China and this year one store will open every 18 hours.

“We’re trying to build a different kind of company in China and are mindful of how we grow while maintaining the heart and soul of what Starbucks stands for,” Wong, said in a previous interview with the Starbucks Newsroom. “Growth has to be built on the foundational values of Starbucks.”

Those values include taking care of partners, exceeding the expectations of customers and being relevant in the communities Starbucks serves. Relevance in some China locations involves adding some locations that are larger than most stores to accommodate large groups of customers for business or social gatherings.

Starbucks has also factored in family dynamics and expectations in China, where success can be judged by the title on one’s business card. Family forums have been held for parents of store partners to hear managers discuss gratifying career paths at Starbucks.

Wong, who was the third Starbucks partner hired in Hong Kong 15 years ago, often shares her career story with baristas and their families.

“I’m a very tenacious person. In 15 years I went from a functional role to becoming the president of Starbucks China and I tell partners ‘If I can do it, you can do it too,’” she said.  “I am just one of many who are creating a history for Starbucks in China,” said Wong. “We learn together, and I learn so much from my store partners.” 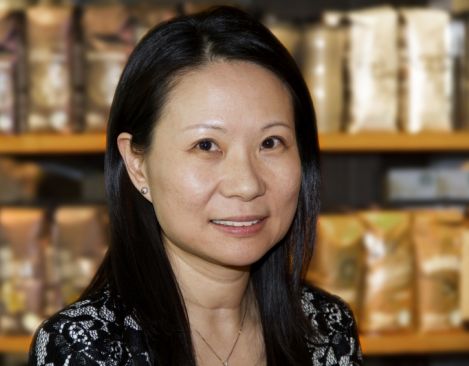