Heather brings the necessary energy, competencies and commitment to lead FCL’s Human Resources into the future. In her new role as a member of the Senior Leadership Team, Heather will contribute to the overall strategic direction of FCL, foster productive relationships within the business, co-operative and local communities and collaboratively lead initiatives and relationships within the Co-operative Retailing System. Heather will be providing strategic leadership and direction for all FCL’s operations and regions in the areas of Talent Acquisition, Talent Integration, Performance Management, Total Rewards, Succession Planning, Workforce Planning, Diversity and Inclusion, Organizational Learning, Employee Relations and Advisory Services.

Heather earned a Bachelor of Commerce degree from the University of Saskatchewan, as well as her Certified Human Resources Professional designation. In 2006, Heather became sessional lecturer at the Edwards School of Business in the Organizational Development Department. She has also served as a board member with both the Agriculture Council of Saskatchewan and FoodTech Canada. Heather and her husband Sean have two children: Jack and Rylee. 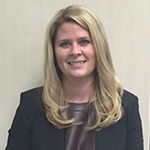