SEATTLE, 2016-Apr-14 — /EPR Retail News/ — Last year, 149 Americans convicted of committing crimes were exonerated, according to the University of Michigan Law School’s National Registry of Exonerations. Fifty-eight of those convictions were for homicide.

The process of freeing someone unjustly imprisoned is challenging and time intensive, according to Jacqueline McMurtrie, founder of the Innocence Project Northwest. Her group, which has been working to free innocent prisoners in the state of Washington for nearly two decades, receives up to 30 requests for help each month. Limited resources and the group’s high standard for consideration – focusing on persons who may be innocent, rather than those who may have received an unfair trial – keeps the number of cases the group works with at one time to a couple of dozen.

Providing assistance to their clients requires help beyond what the organization’s small staff can provide, even with help from University of Washington School of Law students. Recognizing the need for additional assistance, Innocence Project Northwest has enlisted members of the Starbucks Law and Corporate Affairs department to participate in an ongoing effort called Freedom Fridays.

Related: A History of Giving Back Fuels Starbucks Global Month of Service

Twice in 2015, Starbucks attorneys and paralegals gathered in a room at company headquarters in Seattle to participate in a 90-minute training session conducted by McMurtrie and Innocence Project Northwest staff attorney Fernanda Torres. After the presentation and a question-and-answer session, they dig into case files.

“These cases have passed our basic screening process, but still need to be initially assessed,” Torres explained. “Starbucks volunteers review the files and answer some questions that will help us determine if we keep reviewing or gather additional information or close the file.”

“It really touches you,” said Soltis, who has provided assistance to the Innocence Project Northwest. “It inspired me to want to do more of this and I think others who’ve participated feel the same way.”

Kevin Stock, Starbucks vice president and assistant general counsel, is a Freedom Fridays regular, but his involvement with the Innocence Project Northwest goes even deeper. As chair of the Pro Bono Committee at Starbucks, Stock participated in a 2011 lunch-and-learn featuring McMurtrie. The 13-year Starbucks partner was so inspired by her presentation that he reached out to see how else he could contribute.

Stock is now a member of the group’s advisory council and has been working alongside Torres for five years attempting to exonerate a man imprisoned since 1998 for arson and attempted murder. There are witnesses who say his client couldn’t have been at the scene of the crime, according to Stock.

“As lawyers, we have an ethical obligation to provide pro bono services,” he said, adding that the law department strongly encourages all of its partners to participate in pro bono activities. Many volunteer throughout the year in different pro bono projects, whether its Freedom Fridays, the annual Washington First Responder Will Clinic, Neighborhood Legal Clinics or on individual matters.

‘A voice for change’

“It really struck me, because nothing was done wrong in the documentary case,” McMurtrie said. “The detective was good. The defense attorney did a good job. The prosecutor wasn’t evil or hiding evidence. Still a horrible mistake was made.”

The film reminded McMurtrie of a murder case she’d worked as a public defender. The defendant insisted he’d been out of the state when the crime was committed, but proving that meant enlisting a capable investigator, which McMurtrie did. With a sound alibi established, her client was cleared.

“I realized that if we didn’t have that investigator, my client would have gone to trial and he might have been convicted,” she said.

McMurtrie, who worked on her own for the first 11 years, stepped aside as director of Innocence Project Northwest last fall. She continues to teach and supervise cases. Anna Tolin, the organization’s deputy director since 2012 has taken over as director. Thirteen people, confined for a collective 100 years in prison for crimes they did not commit, were exonerated under McMurtrie’s watch. She’s observed that winning their freedom is only a first step in putting their lives back together.

“People struggle,” McMurtrie said. “It’s hard to find work. People are traumatized. What does help our exonerees is to become a voice for change.”

And change is coming, she believes.

“There is an increased awareness that wrongful convictions occur,” McMurtrie said. “There’s a desire on everybody’s part – law enforcement and prosecutors included – to not have the wrong person convicted, both because of the horror  that person experiences, but also because there’s someone still out there committing more crimes.” 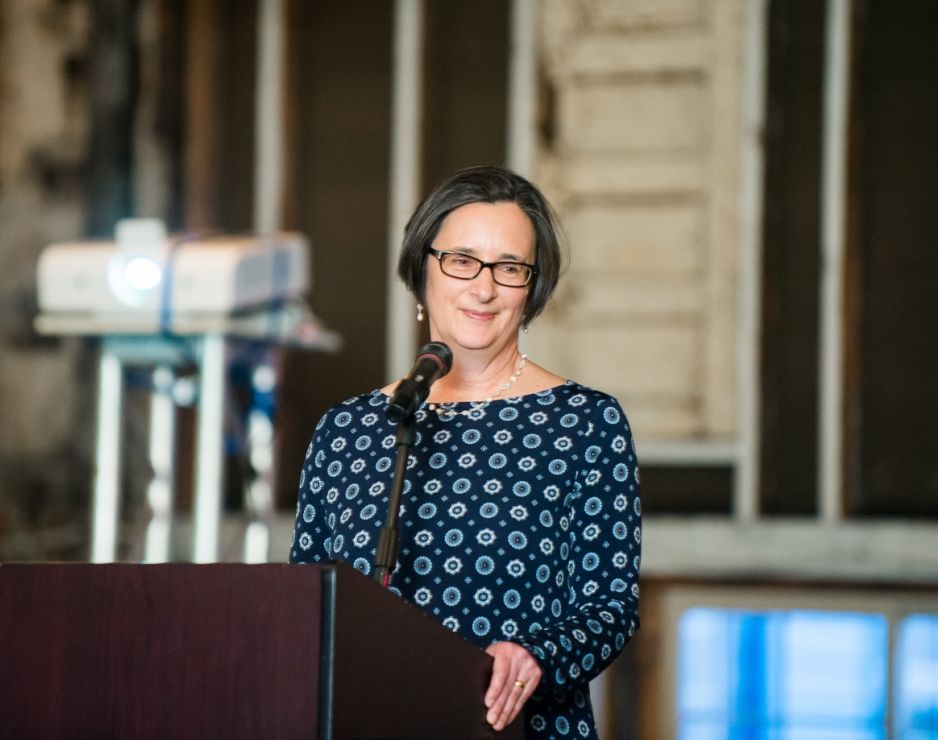