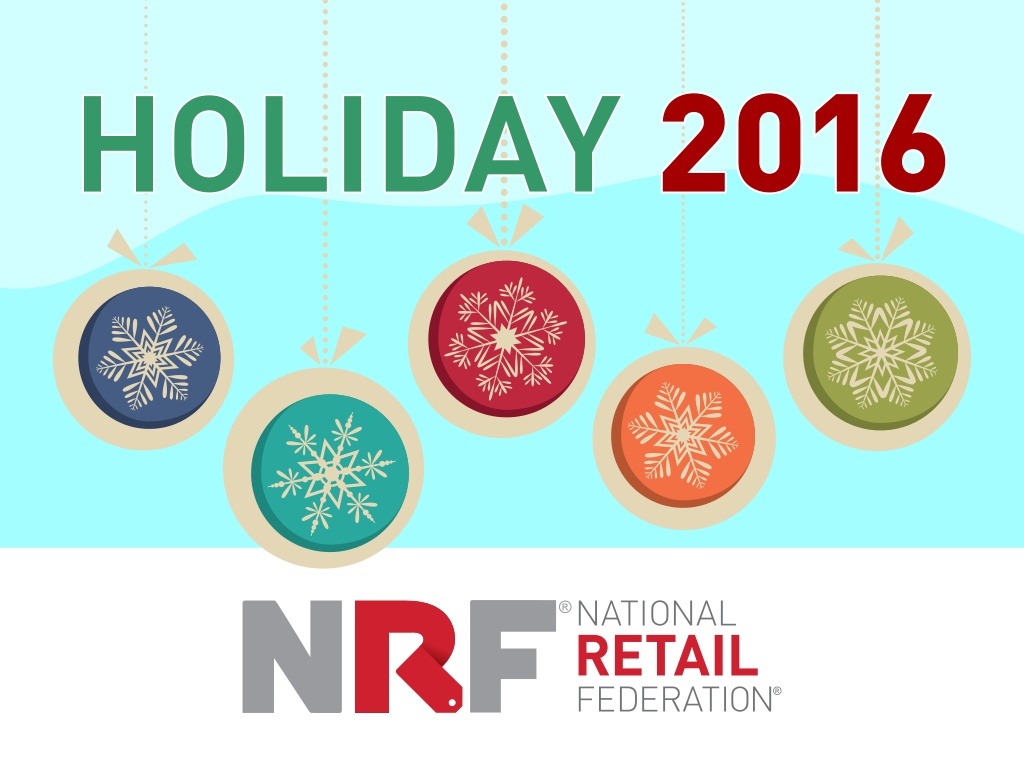 WASHINGTON, 2016-Oct-06 — /EPR Retail News/ — The National Retail Federation announced today it expects sales in November and December, excluding autos, gas and restaurant sales, to increase a solid 3.6 percent to $655.8 billion — significantly higher than the 10-year average of 2.5 percent and above the seven-year average of 3.4 percent since recovery began in 2009. Additionally, NRF is forecasting non-store sales to increase between 7 and 10 percent to as much as $117 billion.

“All of the fundamentals are in a good place, giving strength to consumers and leading us to believe that this will be a very positive holiday season,” NRF President and CEO Matthew Shay said. “This year hasn’t been perfect, starting with a long summer and unseasonably warm fall, but our forecast reflects the very realistic steady momentum of the economy and industry expectations.”

“We remain optimistic that the pace of economic activity will pick up in the near term,” continued Shay.

Holiday sales in 2015 increased 3.2 percent over the previous year.

“Consumers have seen steady job and income gains throughout the year, resulting in continued confidence and the greater use of credit, which bodes well for more spending throughout the holiday season,” NRF Chief Economist Jack Kleinhenz said. “Increased geopolitical uncertainty, the presidential election outcome and unseasonably warm weather are the main issues at play with the greatest potential to shake consumer confidence and impact shopping patterns.”

“However, the economic spending power of the consumer is resilient and it should never be underestimated.” continued Kleinhenz.

According to NRF, retailers are expected to hire between 640,000 and 690,000 seasonal workers this holiday season, in line with last year’s 675,300 new holiday positions.