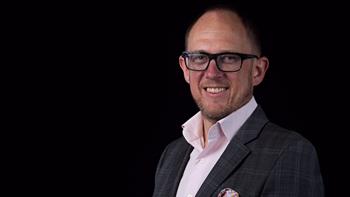 Perth, Australia, 2017-May-19 — /EPR Retail News/ — Bunnings UK and Ireland today (17 May 2017) announced the appointment of David Haydon as Trading and Commercial Manager for Homebase.

He will join the business in late June, with responsibility for running the Homebase business. David, whose experience includes senior roles at both B&Q and Wickes will join the Bunnings UK and Ireland leadership team, reporting to Managing Director PJ Davis. He will also sit on the company’s steering committee.

David has over 25 years’ experience working with retailers in the UK and Australia. He joins from Officeworks (part of the Wesfarmers Group) where he has worked for over four years as a member of the leadership team.

Prior to Officeworks, he was Commercial and Marketing Director for Kingfisher Plc’s international businesses, overseeing commercial and marketing strategies for highgrowth markets including China, Poland, Russia, and Turkey.

His experience also includes time at B&Q as both Director of Trading and Director of Commercial Strategy, and in other large retail organisations including Wickes and Superdrug.

David said: “I’m looking forward to joining the team at this exciting time. Working together to create something special in what is the dynamic UK Home Improvement market will be a both a challenge, and a great deal of fun.”

PJ Davis said: “It has been an exciting start to 2017 as we continue to deliver phase one of our strategy.

“We have successfully opened two Bunnings Warehouse pilot stores in St Albans with Hemel Hempstead and Milton Keynes due to open over the next couple of months, followed by Folkestone in July.

“Feedback from customers and the community has been very positive, and now we are focused on developing the programme, which will see at least 10 stores open by the end of the year.

As the pilot activity accelerates, it is still important that we remain focused on delivering a strong performance across Homebase and I’m delighted David has agreed to take up this important role with the business. He will be a great addition to the team.”