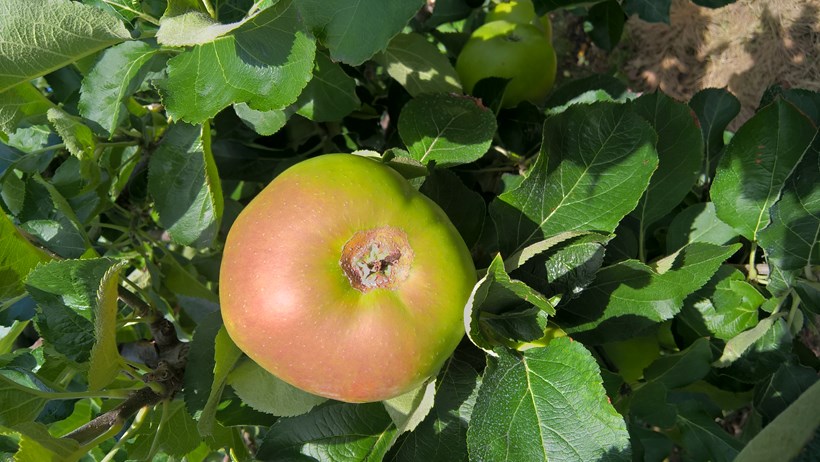 Welwyn Garden City, UK, 2017-Sep-27 — /EPR Retail News/ — British apple farmers are to be given a helping hand by Tesco after frosts earlier this year hampered the growth of this autumn’s crop.

Unseasonal temperatures dropped to -4C at the end of April in parts of Britain and caused a fruit blemish known as ‘frost ring’ which leaves a ring mark around the circumference or a large blemish on the skin.

For some growers it will mean a struggle supplying apples to supermarkets because of crop specifications set by retailers governing the overall look and quality of fruit and vegetables.

But to help growers and prevent otherwise perfectly good apples from going to waste Tesco has now widened those specifications to ensure they will still go on sale.

And the move by Tesco will mean that a variety of different apples, including 300 tonnes of Bramley variety, will now end up on supermarket shelves across the UK.

“We’re working with our apple growers to use as much of the crop and prevent perfectly good fruit from going to waste.

“We want to support our growers wherever we can – and although some apples might be smaller or blemished, they still have the same great taste our customers expect.”

The frosts in late April had a devastating effect on the UK Apple crop affecting all suppliers throughout the UK.

Bramley is one of the varieties that has been badly affected by a defect know as Frost Ring.

Frost Ring is not currently allowed under our specifications and usually the growers would remove fruit that had the defect.

However as Frost Ring is so widespread without the use of affected fruit it had led to considerable waste of otherwise viable fruit.

In 2016 we launched our Perfectly Imperfect range of ‘wonky’ fruit and vegetables. Allowing us to take much more of our suppliers crop, maximise the amount of produce we can sell in store & giving our customers great products at low prices.