Wednesday, Feb. 5 Carolina Hurricanes goalie Anton Khudobin will team up with Harris Teeter to debut Khudobin’s personally designed Signature Sub Sandwich which is guaranteed to fill even the largest appetite.

“Dobby’s Butterbrot” will be available in the Fresh Foods Market Sandwich Shop in all Raleigh-area Harris Teeter stores.  Wednesday only, however, Khudobin will make an appearance at the North Hills East Harris Teeter to personally introduce shoppers and fans to his Signature Sub Sandwich.  He will also be signing autographs. 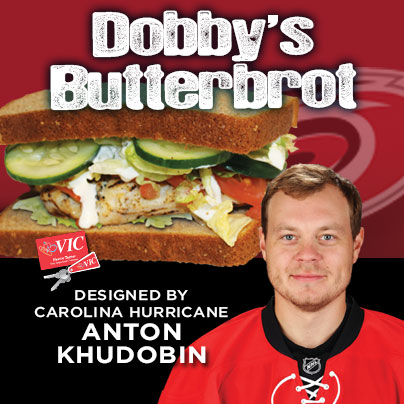