MINNEAPOLIS, 2014-5-15 — /EPR Retail News/ — Target Corp. (NYSE: TGT) announced today that golfer Blayne Barber will partner with C9 by Champion, the retailer’s exclusive line of activewear, while competing on the Web.com Tour this season. The 24-year-old Lake City, Fla. native joins a roster of 12 other elite athletes supported through Target’s athlete program, and is the first to represent the C9 by Champion brand.

“Target has such a long tradition of working with pro athletes. I’m really proud to be the first golfer to wear C9 by Champion,” said Barber. “My wife and I shop at Target weekly, so it’s exciting to be an official member of the team.”

Barber earned his first Web.com Tour victory earlier this month, winning the South Georgia Classic at Kinderlou Forest Golf Club in Valdosta, Ga. He was a 2012 First-Team All-American at Auburn University, the same year he set the Auburn single-season scoring record. This is Barber’s first season as a full-time Web.com Tour player; he currently sits sixth on the tour’s money leaders list.

“Blayne is an outstanding young golfer and we think his new look in our C9 activewear will turn a lot of heads,” said Daniel Griffis, vice president, Experiential Marketing and Alliances, Target. “We are proud to have been with him for his first Web.com Tour win, and look forward to what his bright future will hold.”

For more information on Barber’s partnership with C9 by Champion, visit abullseyeview.com

About C9 by Champion
Target introduced C9 by Champion in 2004, and has grown the activewear brand to include apparel, shoes and accessories for men, women and children. While incorporating the latest technical features and design elements, C9 by Champion provides high-end performance wear without the high-end price. The exclusive activewear line is available at all Target stores with an extended assortment of colors and sizes available online at Target.com/C9.

About Target
Minneapolis-based Target Corporation (NYSE: TGT) serves guests at 1,916 stores – 1,789 in the United States and 127 in Canada – and at Target.com. Since 1946, Target has given 5 percent of its profit through community grants and programs; today, that giving equals more than $4 million a week. For more information about Target’s commitment to corporate responsibility, visit target.com/corporateresponsibility. 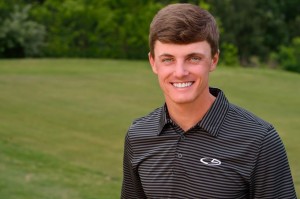