Bentonville, Ark., 2014-7-25 — /EPR Retail News/ — Today, Walmart (NYSE: WMT) announced that Greg Foran, 53, has been promoted to President and CEO of Walmart U.S. Foran succeeds Bill Simon who has been in the role since June 2010 and will be transitioning out of the company.

Foran will assume his responsibilities on August 9 and will report directly to Walmart President and CEO, Doug McMillon. Simon will be available on a consulting basis for the next six months to ensure a seamless transition.

“Greg is one of the most talented retailers I’ve ever met. His depth of knowledge and global experience will bring a fresh perspective to our business,” said McMillon. “His passion for fresh food, experience in general merchandise and commitment to e-commerce will help us serve our customers even more effectively for years to come.”

“During Bill’s eight years of service to Walmart, his passion for our mission, dedication to our associates and our customers, and innovative thinking pushed us forward,” said McMillon. “From the very beginning, his vision led us to lower the cost of health care through our $4 prescription offering. And, most recently, he put us on a path to future growth with small formats and efforts that integrate digital and physical retail.”

A 35-year retail veteran, Foran joined the company in October 2011 and became President and CEO of Walmart China in March 2012. While leading the business in China, the team made significant progress with its assortment, pricing, store operations and compliance as Foran led strategic investments in the supply chain and improved the store portfolio. He was promoted to President and CEO of Walmart Asia earlier this year.

Prior to Walmart, Foran held a number of roles with Woolworths, the leading retailer in Australia and New Zealand. He served as the managing director of supermarkets, liquor and petrol with responsibility for more than $40 billion in sales at that time. Under Foran’s leadership, the business grew sales and market share in a strong competitive market. Earlier in his career, Foran served as general manager of Big W, Woolworth’s industry leading discount store business and as general manager of Dick Smith Electronics.

“I’ve worked closely with Greg for the past few years and I’ve seen firsthand his passion for retail. I’m confident that Greg’s strong leadership skills and alignment with our culture will serve our customers and associates well,” McMillon said. “I’m excited about what he will bring to this important part of our business.”

“Being asked to lead the Walmart U.S. business is a privilege that I don’t take lightly,” said Foran. “I am excited to get started. The needs of our customers are changing dramatically and we have an enormous opportunity to serve them in new and different ways. We must be fierce advocates for our customers, work meticulously to exceed their expectations and earn their trust every day.”

During his tenure as President and CEO of Walmart U.S., Simon led a turnaround that reinvigorated the company’s focus on everyday low costs, everyday low prices and an increased product assortment. He also created more career opportunities for associates, launched a U.S. manufacturing revitalization and committed the company to hire more U.S. veterans.

“Whether we’re helping associates earn more for their families or providing customers affordable prices so they can put food on the dinner table, Walmart is a company that is, truly, changing people’s lives,” said Simon. “It’s been an honor to work for Walmart over the past eight years, and this felt like the right time to move on and focus on my next opportunity. I look forward to helping the company as much as I can over the next six months.”

The company will announce Foran’s successor as President and CEO of Walmart Asia at a later date.

About Walmart
Wal-Mart Stores, Inc. (NYSE: WMT) helps people around the world save money and live better – anytime and anywhere — in retail stores, online, and through their mobile devices. Each week, more than 245 million customers and members visit our almost 11,000 stores under 71 banners in 27 countries and ecommerce websites in 10 countries. With fiscal year 2014 sales of over $473 billion, Walmart employs more than 2 million associates worldwide. Walmart continues to be a leader in sustainability, corporate philanthropy and employment opportunity. Additional information about Walmart can be found by visiting http://corporate.walmart.com on Facebook at http://facebook.com/walmart and on Twitter at http://twitter.com/walmart. Online merchandise sales are available at http://www.walmart.com and http://www.samsclub.com. 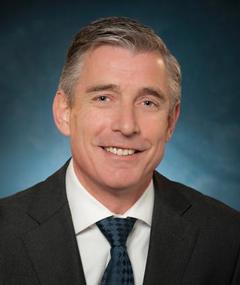 Walmart announces the promotion of Greg Foran to President and CEO of Walmart U.S.