MINNEAPOLIS, 2014-8-4 — /EPR Retail News/ — Target Corporation (NYSE: TGT) announced today that its Board of Directors has named seasoned retail and consumer products veteran Brian Cornell as the company’s next chairman of the Board of Directors and chief executive officer, effective August 12. Cornell, 55, joins Target with more than 30 years of experience at some of the nation’s leading retail and consumer product companies. As Target’s new CEO, Cornell’s top priorities will be accelerating the company’s performance and advancing Target’s omnichannel evolution.

Cornell most recently served as the chief executive officer of PepsiCo Americas Foods where he oversaw the company’s global food business, the largest of PepsiCo’s four divisions. He was responsible for a portfolio that included Frito-Lay North America, Quaker Foods and all of PepsiCo’s Latin America food and snack businesses. Before joining PepsiCo in 2012, Cornell served as president and CEO of Sam’s Club, a division of Wal-Mart Stores, Inc. Cornell also held the position of CEO at Michaels Stores, Inc., and prior to that, executive vice president and chief marketing officer for Safeway.

“As we seek to aggressively move Target forward and establish the company as a top omnichannel retailer, we focused on identifying an extraordinary leader who could bring vision, focus and a wealth of experience to Target’s transformation,” said Roxanne S. Austin, interim non-executive chair of the board. “The Board is confident that Brian’s diverse and broad experience in retail and consumer products as well as his passion for leading high performing teams will propel Target forward.”

“I am honored and humbled to join Target as the first CEO hired from outside the company.  I am committed to empowering this talented team to realize its full potential, lead change and strengthen the love guests have for this brand,” said Cornell. “As we create the Target of tomorrow, I will focus on our current business performance in both the U.S. and Canada and on how we accelerate our omnichannel transformation.”

About Target
Minneapolis-based Target Corporation (NYSE: TGT) serves guests at 1,925 stores – 1,795 in the United States and 130 in Canada – and at Target.com. Since 1946, Target has given 5 percent of its profit to communities, that giving equals more than $4 million a week. For more information, visitTarget.com/Pressroom. For a behind-the-scenes look at Target, visit ABullseyeView.com or follow @TargetNews on Twitter. 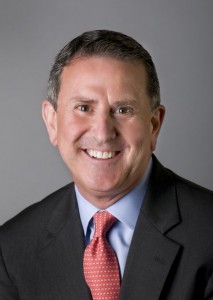