Gross profit increased 7.0% to $694.1 million from $648.7 million in the prior year’s second quarter. As a percent of sales, gross margin decreased by approximately 80 basis points to 34.2%. The primary contributors to the decrease were increased freight costs and investments in higher-value products.

Selling, general and administrative expenses were 24.1% of sales compared to 24.1% of sales in the prior year’s second quarter. The quarter included approximately $7.5 million in acquisition-related costs related to the proposed merger with Family Dollar Stores, Inc. Excluding acquisition-related costs, selling, general and administrative costs were 23.7% of sales, a 40 basis point improvement compared to the prior year’s second quarter.

“I am very pleased with our second quarter results,” said Chief Executive Officer Bob Sasser. “Expanded assortments of high-value product contributed to our strongest quarterly comparable store sales performance in two years. Pet supplies, hardware, household products, food, electronics and party goods all performed well in the quarter. Our 4.5% comp sales resulted from increases in both customer traffic and average ticket. I am particularly proud of our store associates. Our store teams continue to execute at a high level as the Company delivered its 26th consecutive quarter of positive comparable store sales growth. In challenging macro environments, consumers are increasingly relying on Dollar Tree to be part of the solution in managing their family’s budget. Our stores are well-stocked with incredible values and we are prepared for the fall selling season.”

The Company opened 90 stores, expanded or relocated 20 stores, and closed 4 stores during the quarter. Retail selling square footage increased to 44.8 million square feet, a 6.8% increase compared to the prior year.

Company Outlook
The Company’s full-year guidance has been adjusted for actual first half performance, and its outlook for the back half is unchanged from the original guidance provided on February 26, 2014.

The Company estimates sales for the third quarter of 2014 to range from $2.02 billion to $2.07 billion, based on low- to mid-single digit positive comparable store sales. Diluted earnings per share are estimated to range from $0.61 to $0.66, excluding acquisition-related costs.

Full-year 2014 sales are now estimated to range from $8.44 billion to $8.55 billion. This estimate is based on a range of low- to low-mid-single digit positive comparable store sales. Diluted earnings per share, which includes $0.02 per share of second quarter acquisition-related costs, are expected to range from $2.94 to $3.06, excluding third and fourth quarter acquisition-related costs.

About Dollar Tree, Inc.
Dollar Tree, a Fortune 500 Company, operated 5,166 stores in 48 states and 5 Canadian provinces as of August 2, 2014, with total retail selling square footage of 44.8 million. To learn more about the Company, visit www.DollarTree.com.

A WARNING ABOUT FORWARD LOOKING STATEMENTS: Our press release contains “forward-looking statements” as that term is used in the Private Securities Litigation Reform Act of 1995. Forward-looking statements address future events, developments or results and typically use words such as believe, anticipate, expect, intend, plan, forecast, or estimate. For example, our forward-looking statements include statements regarding the timing and completion of the proposed merger with Family Dollar, acquisition-related expenses and financing costs, the benefits, results and effects of the merger, the combined company’s plans, objectives and expectations, the fall selling season, third quarter and full-year sales, third quarter and full-year diluted earnings per share, and third quarter and full-year comparable store sales. Risks and uncertainties related to the proposed merger include, among others, the ability to close the proposed merger on the proposed terms and schedule, or at all, Family Dollar’s ability to terminate the merger agreement under certain circumstances if a superior proposal is made by a third party to Family Dollar, difficulties related to integration of proposed merger and our ability to obtain cost savings and synergies contemplated by the merger, unexpected costs, charges or expenses resulting from the proposed merger, and the outcome of pending or potential litigation or governmental investigations. For a discussion of the risks, uncertainties and assumptions that could affect our future events, developments or results, you should carefully review the “Risk Factors,” “Business,” and “Management’s Discussion and Analysis of Financial Condition and Results of Operations” sections in our Annual Report on Form 10 K filed March 14, 2014, the “Management’s Discussion and Analysis of Financial Condition and Results of Operations” and other sections in our Quarterly Report on Form 10-Q filed May 22, 2014 and our other filings with the Securities and Exchange Commission. We are not obligated to release publicly any revisions to any forward-looking statements contained in this press release to reflect events or circumstances occurring after the date of this report and you should not expect us to do so. 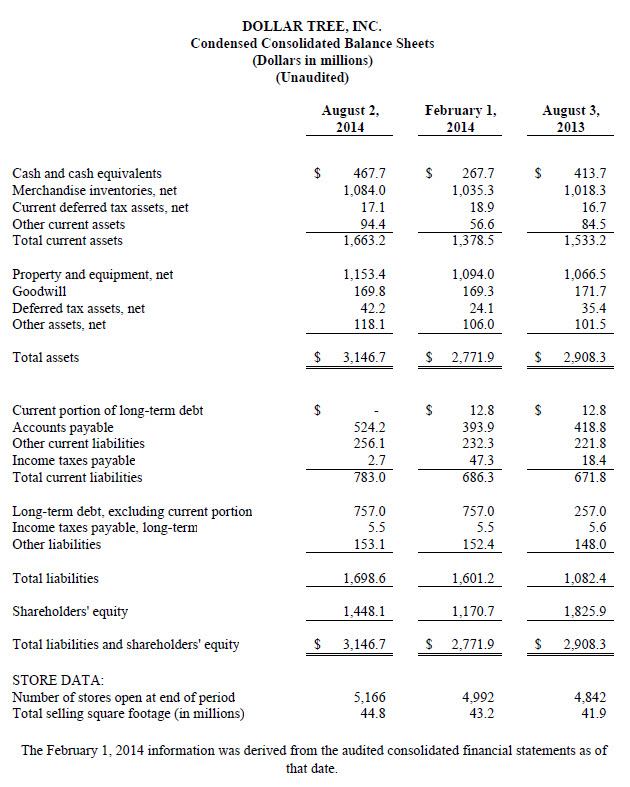 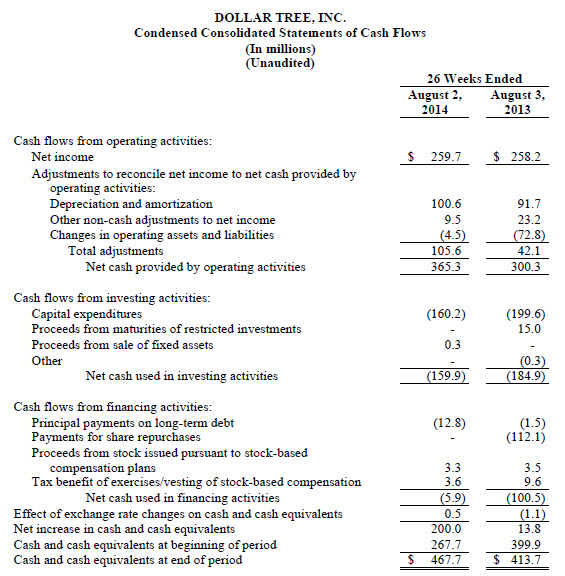