Stockholm, Sweden, 2014-10-1— /EPR Retail News/ — During the festivities around the third annual Global Citizen Festival H&M Conscious Foundation Ambassador Alek Wek and Global Manager Helena Thybell entered the stage to make a commitment, and to state an example of organizations taking action against extreme poverty. The Foundation committed to giving 250,000 children in the world’s poorest countries access to clean water and toilets in school, through a partnership with WaterAid.

The commitment was announced on stage during the third annual Global Citizen Festival on September 27th, in front of 60,000 people on the Great Lawn in Central Park, New York. The event brought together celebrity hosts including Hugh Jackman and Jessica Alba, artists like Jay Z, No Doubt and Carrie Underwood, and World Leaders like Narendra Modi, Prime Minister of India; Sheikh Hasina, Prime Minister of the People’s Republic of Bangladesh and United Nations Secretary-General Ban Ki-moon.

During the Festival super model and H&M Conscious Foundation Ambassador Alek Wek entered the stage together with the Foundation’s Global Manager Helena Thybell, both dressed in H&M.  While on stage, Wek explained, “When schools don’t have toilets girls drop out as their periods start. Also, as children are vulnerable to diseases, they often get too sick to attend.”

“That’s why H&M Conscious Foundation will join forces with Global Citizens around the world to call on World Leaders to drive change and ensure that water, sanitation and hygiene are made a priority in the roadmap to end extreme poverty by 2030”, she announced.

Global Manager Helena Thybell continued: “To match our words with action, the H&M Conscious Foundation is donating $ 9.3 million USD to WaterAid, to transform lives by delivering water, sanitation and hygiene in schools. 250 000 students will directly benefit from this three year program.”

The H&M Conscious Foundation also took the lead in inviting other companies to join in; and as a result of that we got to see P&G and Unilever delivering commitments connected to water and sanitation during the festival.

H&M US also served as the official retail partner of the Festival, providing organic cotton ”Concsious” t-shirts for the IMPACK (Global Citizen Action Pack), which give Global Citizens the opportunity to take action through the purchase of this pack. All profits from IMPACK sales support organizations such as UNICEF, leading the fight against extreme poverty.

Furthermore, H&M will sell their Conscious Denim collection at the Global Citizen Festival Pop-Up Shop at the Free & The Brave at the Paramount Hotel through October 22. A portion of proceeds from the sales will be donated to The Global Poverty Project, the host organization of the Festival. H&M will also have a recycling bin at the pop-up shop where customers can drop off a bag of gently used clothing and receive a coupon for 15% off their next purchase at H&M.

More about the Global Program
In schools without facilities teachers don’t want to teach, girls miss school as their periods start and children get too sick to attend. Tragically around 500,000 die every year from diarrhea caused by unsafe water and poor sanitation. The lack of essential services can have a negative impact on health, learning and development as well as wider issues including gender equality and economic growth.

By joining forces with WaterAid in a global flagship program, and contributing with a funding of 9,3 million USD (180 million SEK) the H&M Conscious Foundation will provide 250 000 students, in the world’s poorest countries, clean water and sanitation over the upcoming three years.

As part of this program, WaterAid will also advocate and influence decision makers and practitioners in order to make sure that the issue of water, sanitation and hygiene education is politically prioritized, and financially resourced.

H&M Conscious Foundation is a non-profit non-profit global foundation initiated by H&M. The mission of the Foundation is to contribute to positive long-term change for people and communities, beyond the value chain, complementing H&M’s sustainability work. Thanks to the Stefan Persson family’s substantial donation of 105 million USD (700 million SEK) since 2013, it is possible for the H&M Conscious Foundation to make real impact for people and communities within the focus areas Education, Clean Water and Strengthening Women. 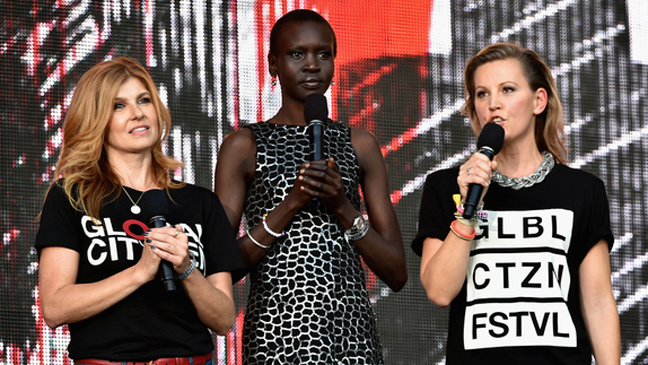