ICSC President and CEO Michael P. Kercheval has announced he will retire in 2016.

New York,  2014-10-1— /EPR Retail News/ — Kercheval, who will be 60 upon his planned retirement in January 2016, has headed ICSC for 13 years, a period that has seen the organization expand dramatically from about 40,000 in 2001 to some 67,000 currently. ICSC has also grown internationally, forging links with associations across the world; it now has members in 109 countries, and there is an ICSC event occurring somewhere on just about every day of the year.

Kercheval joined ICSC in 2000 and succeeded John T. Riordan as president and CEO in May 2001. He is only the third chief executive in the organization’s 57-year history. Before that, he worked for 20 years in real estate investment banking, most recently as a senior executive with Lend Lease Real Estate Investments.

“While 2016 might seem like a long way away, I want to be certain that there is a smooth transition of leadership and that the process takes into consideration all of the opportunities that a change in leadership can create,” Kercheval said in an announcement to the Board of Trustees, past trustees and ICSC staff. “On a quick personal note, with the last of my children now out of the house and a desire to allocate more of my time to some of my other interests, I had long ago set a goal to retire relatively early and to turn over the reins of this great association to the next generation of leaders.” 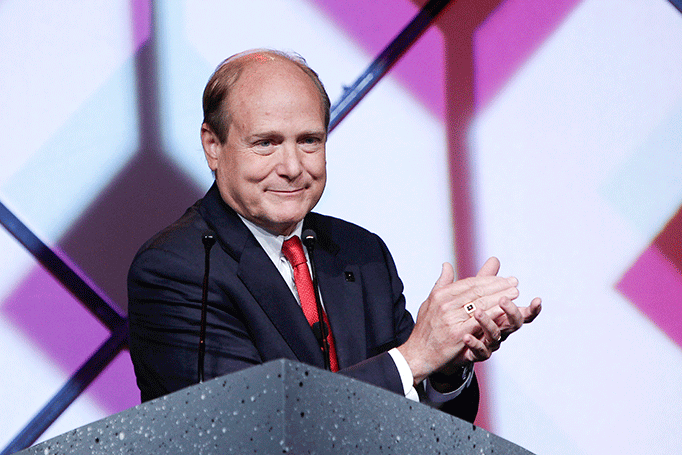