Tesco’s partnership with Keep Scotland Beautiful came after over 27,000 customers took part in a vote to choose which charity should benefit from the charge.

Now community environment groups across Scotland are being asked to apply for grants of £250 to help them in their local initiatives. £50,000 is to be distributed to 200 groups across the country.

The grant scheme is the first project to be launched as part of Tesco partnership with Keep Scotland Beautiful, with further initiatives to be announced over the coming months.

“This milestone legislation to charge for carrier bags shows the Scottish Government is taking the problem of litter extremely seriously and underlines our ambition for a more sustainable Scotland.

“Keep Scotland Beautiful’s partnership with Tesco is a positive example of how the money can be distributed to communities and I look forward to hearing about the positive impact of these projects.”

“We welcome our partnership with Tesco for the good that it will deliver all over Scotland. We know how important local environmental quality is to quality of life, so will put their support to work in making local communities cleaner, greener and happier places.

“Our announcement of the Community Grant Scheme today is an important first step in a year-long programme of activities that will change Scotland for the better.”

“We’re proud to be partnering with Keep Scotland Beautiful. Together, we have a fantastic opportunity to make a real difference to the environment and communities across Scotland.

“The new grant scheme is a brilliant idea, allowing us to give something back to the communities we serve and supporting local groups doing great environmental work in their area.

And this is just the first step – we’ll be working with Keep Scotland Beautiful to launch more exciting projects over the coming year.”

A similar charging scheme has been in place in Wales since 2008. From this month, Keep Wales Tidy will be the beneficiary of money collected in Tesco which is expected to be around £800,000.

·         To find out more about the community grant scheme and how you can apply go towww.keepscotlandbeautiful.org

·         Legislation to introduce charging for plastic carrier bags came into force in Wales on 1 October 2011, and is introduced in Scotland from today.

·         Keep Scotland Beautiful has pledged to use the financial support to improve local environments across Scotland local to Tesco stores.

·         Clubcard members are eligible for 3 free bags for life and should check their store receipt for a voucher. 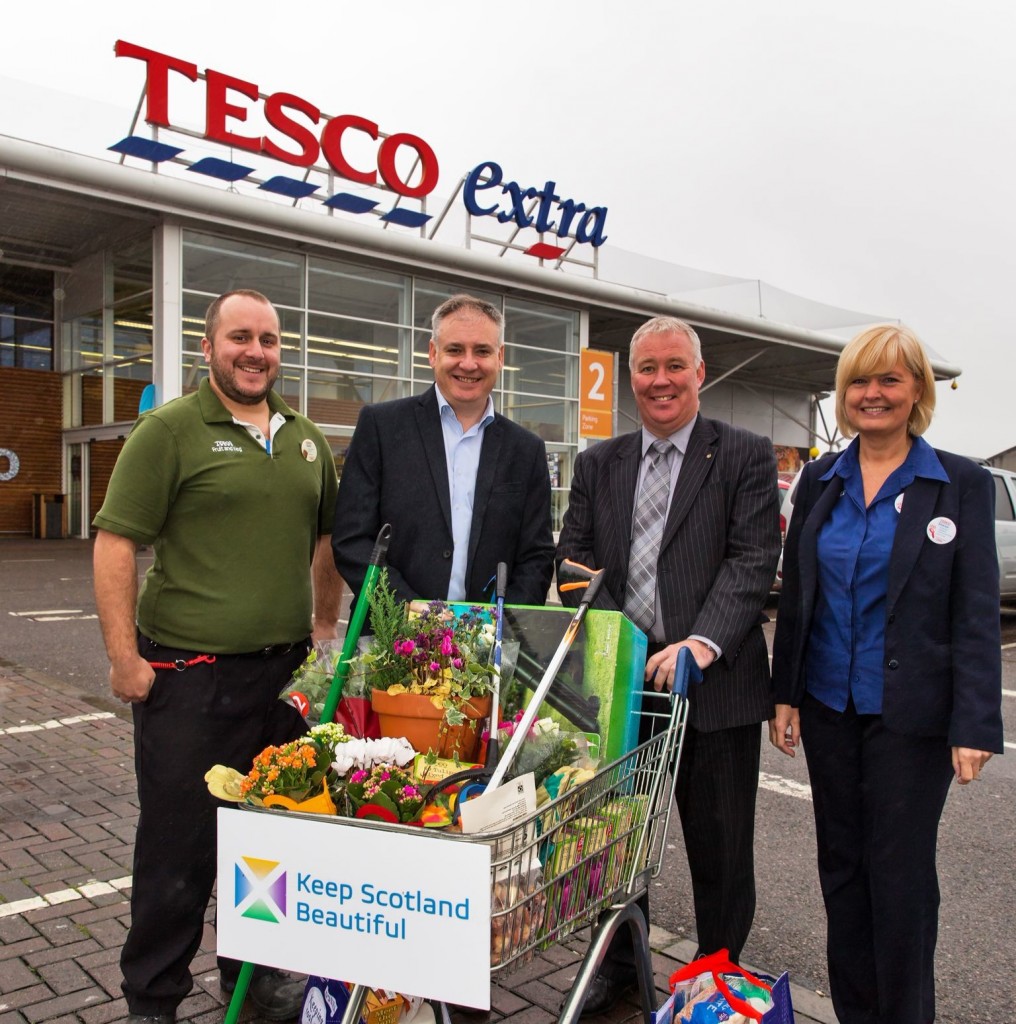