MILWAUKEE, Wis., 2015-6-24 — /EPR Retail News/ — Meijer moved into its sixth state, opening its first two Wisconsin supercenters to local customers today, Co-Chairman Hank Meijer announced. The 192,000-square-foot stores in Grafton and Kenosha have created nearly 600 jobs, and are the first in the state to carry the retailer’s unique offerings that include fresh, high-quality produce and groceries, general merchandise and full-service pharmacies.

“We are proud to open our doors on this first historic day in Wisconsin,” Hank Meijer said. “Since announcing our intention more than two years ago, we’ve done our best to understand the Wisconsin market and truly become a part of the community. We think our neighbors in southeastern Wisconsin will be really pleased with the fresh options they can experience beginning today.”

The Grand Rapids, Mich.-based retailer is the pioneer of the one-stop shopping concept and committed to offering easy, affordable solutions to shoppers. The new stores are built to Leadership in Energy and Environmental Design (LEED) standards and will be open 24 hours a day. Meijer now operates 219 stores in six states and employs more than 65,000 team members throughout the Midwest.

In addition to the retailer’s traditional grocery, merchandise and garden center at each store, the new pharmacies offer drive-thru pick up and the Meijer free prescription program. Since its inception in 2006, the program has filled nearly 26 million free prescriptions, saving Meijer customers more than $376 million.

Opening celebrations began with a ribbon-cutting event at each store, followed by remarks from Meijer leadership and local officials. The stores demonstrated their commitment to the community by making donations to two local organizations.

In Kenosha, Meijer donated $25,000 to Boys & Girls Club of Kenosha to revamp and reopen its “Kids in the Kitchen” program, which teaches youth members about healthy eating habits, as well as how to prepare and cook fresh meals and snacks for their families. In Grafton, Meijer donated $25,000 to the Village of Grafton to install five new informational kiosks and new pavilion as part of the community’s Riverwalk.

As part of its ongoing community support, Meijer donates more than 6 percent of its net profit to charitable organizations annually, and each of its stores works with local food pantries and banks to help fight hunger at the local level. Since 2008, the retailer’s Simply Give program has generated more than $15.5 million for its food pantry partners throughout the Midwest.

In August, Meijer will open two additional stores in Wauwatosa and Oak Creek. The retailer has plans for continued growth in Wisconsin.

“It’s been nearly 20 years since we’ve chosen to enter a new state, so we are grateful for the enthusiastic response we’ve received as we’ve built these first stores,”  Meijer President J.K. Symancyk said. “We are serious about our commitment to Wisconsin and plan to add two to three new stores per year through 2019.”

About Meijer:
Meijer is a family-owned and privately-held company committed to meeting the needs of families in the communities of each of its 219 stores throughout Michigan, Ohio, Indiana, Illinois, Kentucky and Wisconsin. As a pioneer of the “one-stop shopping” concept, Meijer stores have evolved through the years to include expanded fresh produce and meat departments, as well as pharmacies, comprehensive apparel departments, garden centers and electronics offerings. Additional information on Meijer and the ability to shop for more can be found at www.meijer.com. Please follow Meijer on Twitter @twitter.com/Meijer and @twitter.com/MeijerPR or become a fan at www.facebook.com/Meijer. 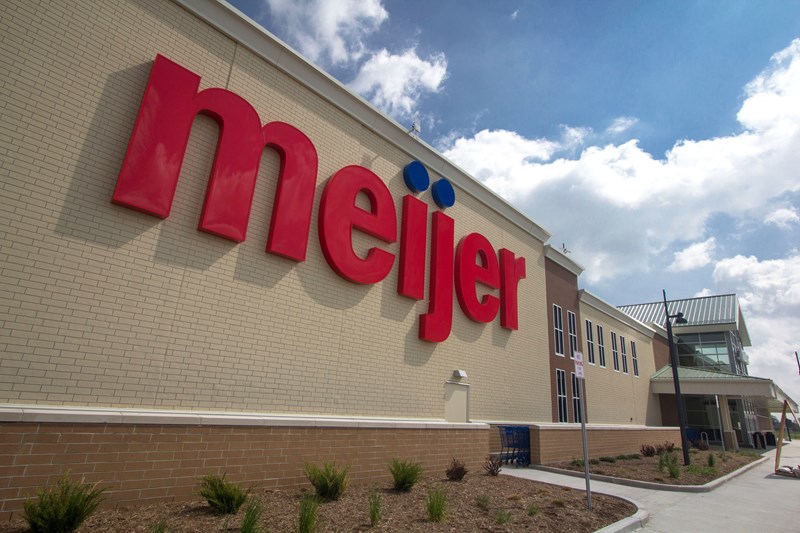