Jussi Mikkola confirmed as Chairman of the IIC Board of Management, Steve Evers elected new Member.

Bern, Switzerland, 2015-9-16 — /EPR Retail News/ — In the beginning of September, the Annual General Meeting of IIC – INTERSPORT International GmbH (IIC) took place in Sweden. On this occasion, Steve Evers (COO of Euretco Holding B.V.) was unanimously elected as Member of the Board of Management for a term of office of three years. Jussi Mikkola was confirmed as Chairman and François Neukirch as Vice Chairman.

At the IIC Annual General Meeting on September 4, 2015 in Gothenburg, Steve Evers was unanimously elected as member of the IIC Board of Management for a term of office of three years. He replaces Mikael Kold, the CEO of INTERSPORT Denmark, who did not stand for re-election. Steve Evers (49) is COO of Euretco Holding B.V., the INTERSPORT License holder in the Netherlands. He worked in several retail management and consultant positions in Europe as well as the Caribbean and in Central America. In 2010 he was appointed Retail Director for all sport units and retail franchise formulas within Euretco Holding B.V. After acquiring the majority in Euretco by the German EK/servicegroup he became its Chief Operating Officer.

After the election, the IIC Board of Management met for a constitutive meeting and nominated Jussi Mikkola as Chairman and François Neukirch as Vice Chairman for the period of one year.

CEO remains the Swiss Franz Julen, who is leading IIC for more than 15 years, guaranteeing the stability and dynamism of the group.

Jussi Mikkola states “In the coming years we will continue our efforts to strengthen the INTERSPORT and The Athlete’s Foot brands internationally and to grow on new markets. The approved updated Group Strategic Plan sets the course for a successful future,” states Jussi Mikkola. 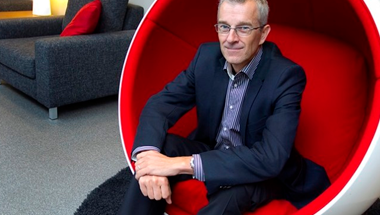