NEW YORK, 2015-9-16 — /EPR Retail News/ — In honor of Hispanic Heritage Month (Sept. 15 – Oct. 15), Macy’s (NYSE:M) celebrates Hispanic and Latino culture and accomplishments with celebrity guests Mario Lopez, Don Omar and Angel Merino, who have influenced pop culture through their music, lifestyle and beauty expertise. During exciting special events across the country, Macy’s will bring together these three influyentes to share their inspiring stories with customers in live candid conversations.

“Macy’s stand on diversity and inclusion is a clear reflection of the rich cultures we serve in our marketplace. Macy’s is committed to honoring and recognizing the significant contributions Hispanics have made in entertainment, music and beauty through this campaign,” said Dineen Garcia, Macy’s vice president of Diversity Strategies. “Diversity is at the heart of our business and we look forward to celebrating these achievements with our Hispanic Heritage Month events from coast-to-coast.”

Mario Lopez is an accomplished host, actor and author, currently hosting “Extra” and his own nationally-syndicated radio show, “On With Mario.” He became an overnight teen idol in 1989 playing A.C. Slater on the television sitcom “Saved by the Bell.” He has since appeared in several films and on Broadway, as well as hosted numerous television shows, including “The X Factor” and MTV’s “America’s Best Dance Crew.”

“I’m grateful to Macy’s for recognizing the significance of Hispanic culture in America, and for providing an opportunity for me to share the importance my family and my heritage have played in my life,” said Lopez, who is first generation Mexican-American. “I am proud of my culture and always hope to be a positive influence for others.”

With two Latin Grammy awards under his belt, Don Omarbecame one of reggaeton’s first international superstars with his debut album “The Last Don” in 2003. He is also an acclaimed actor, known worldwide for his role as Rico Santos in the “The Fast and the Furious” movie franchise.

“First and foremost I’d like to thank Macy’s for the opportunity and interest in having me participate in such a grand event. A corporation like no other uniting brands of fashion, style and most of all, uniting cultures,” said Omar. “I am a proud Hispanic because it means I am part of a group that has unique cuisines, music, morals and artistic traditions. I am a proud Hispanic because our language has broken barriers and enhanced multiculturalism merging Latino communities while adding respect and honor to the United States of America.”

Angel Merino is an international makeup artist and style icon who has worked closely with the industry’s top photographers and celebrity clients such as Christina Milan, Cassie, Mel B and Chanel Iman. He’s known for bringing out his clients’ dewy, ultra-glowy skin.

Macy’s Hispanic Heritage Month events will take place at stores across the country including Chicago, Miami, Los Angeles, Santa Clara, New York City, and Houston. Customers will have the opportunity to be part of a casual conversation with the Latino influencers about their cultural heritage and the role it has played in their lifestyles and careers. Angel Merino will also conduct a live beauty demo and offer mini-consultations with attendees. Customers who make any purchase of $50 or more during the event will receive a copy of Don Omar’s latest album “The Last Don II”* and get to take a photo of the influencers.

About Macy’s
Macy’s, the largest retail brand of Macy’s, Inc., delivers fashion and affordable luxury to customers at approximately 775 locations in 45 states, the District of Columbia, Puerto Rico and Guam, as well as to customers in the U.S. and more than 100 international destinations through its leading online store at macys.com. Via its stores, e-commerce site, mobile and social platforms, Macy’s offers distinctive assortments including the most desired family of exclusive and fashion brands for him, her and home. Macy’s is known for such epic events as Macy’s 4th of July Fireworks® and the Macy’s Thanksgiving Day Parade®, as well as spectacular fashion shows, culinary events, flower shows and celebrity appearances. Macy’s flagship stores — including Herald Square in New York City, Union Square in San Francisco, State Street in Chicago, and Dadeland in Miami and South Coast Plaza in southern California — are known internationally and are leading destinations for visitors. Building on a more than 150-year tradition, and with the collective support of customers and employees, Macy’s helps strengthen communities by supporting local and national charities giving more than $69 million each year to help make a difference in the lives of our customers. 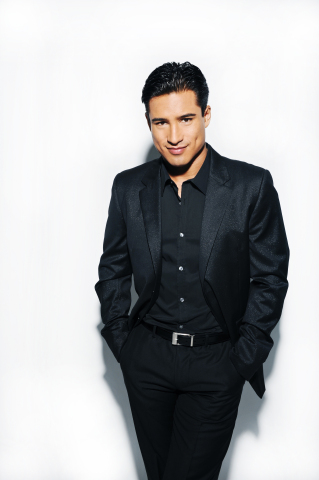