PARIS, 2015-9-28 — /EPR Retail News/ — Fred has experienced a dynamic renaissance since Rachel Marouani arrived at the head of the jewelry house two years ago. The celebrated jeweler has announced plans to double the number of stores over the next three years. The first stage is the opening of a new flagship in Paris at 14, rue de la Paix.

After creating exciting new collections of informal jewelry that express joie de vivre and simplicity, Fred continues to gain momentum, expanding its international retail network, notably with new locations in key Asian and Middle Eastern markets. By 2018 Fred expects to double the current network of 140 points of sale, adding both freestanding stores and retailer corners. New boutiques are set to open by year-end in Singapore and Shanghai, soon to be followed by Russia  and the rest of Europe.

This past summer, Fred inaugurated a magnificent new address in Paris at 14, rue de la Paix, just a few steps from Place Vendôme. Inspired by founder Fred Samuel’s passion for sailing, architect Hubert de Malherbe has designed a space bathed in light. The white façade is decorated with scintillating pink gold, evoking the reflection of the sun on the water, while a finely meshed metallic fabric graces the exterior arches, letting daylight filter in like the Persian blinds of a villa on the French Riviera. Inside, Fred’s jewelry creations sparkle in transparent cases, and reception rooms are decorated with abstract artworks that reprise the azure blue of the Mediterranean. 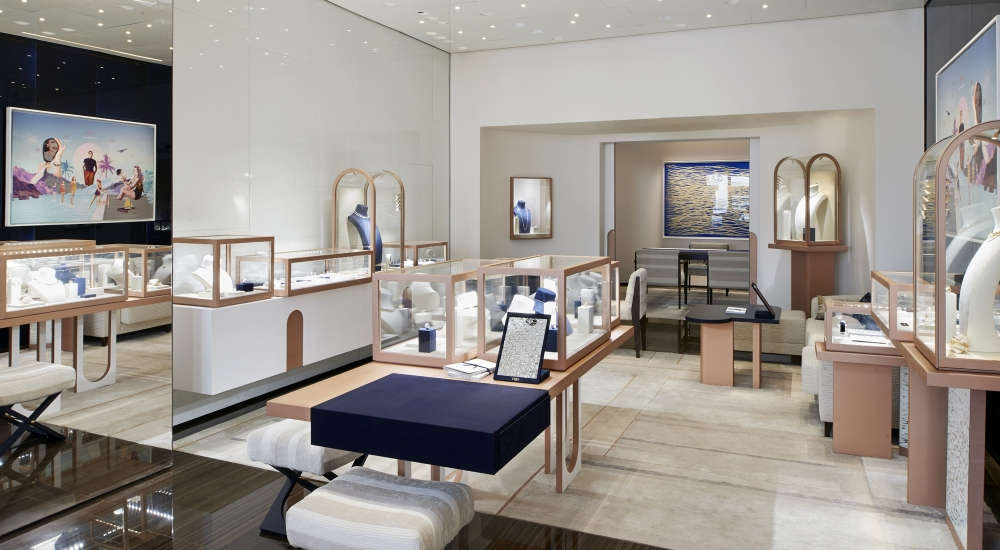