CUPERTINO, California, 2015-9-29 — /EPR Retail News/ — Apple® today announced it has sold more than 13 million new iPhone® 6s and iPhone 6s Plus models, a new record, just three days after launch. iPhone 6s and iPhone 6s Plus will be available in more than 40 additional countries beginning October 9 including Italy, Mexico, Russia, Spain and Taiwan. The new iPhones will be available in over 130 countries by the end of the year.

iPhone 6s and iPhone 6s Plus bring a powerful new dimension to iPhone’s revolutionary Multi-Touch™ interface with 3D Touch, which senses how deeply you press the display, letting you do essential things more quickly and simply. The new iPhones introduce Live Photos, which bring still images to life, transforming instants frozen in time into unforgettable living memories. Live Photos, 3D Touch, 12-megapixel iSight® camera, 5-megapixel FaceTime® HD camera with Retina® Flash and more are powered by the Apple-designed A9 chip, the most advanced chip ever in a smartphone, delivering faster performance and great battery life. iPhone 6s and iPhone 6s Plus are designed with the strongest glass on any smartphone and 7000 series aluminum, the same alloy used in the aerospace industry, in gorgeous metallic finishes that now include rose gold.

iOS 9, the world’s most advanced mobile operating system, brings more intelligence to iPhone with proactive assistance, powerful search and improved Siri features, all while protecting users’ privacy. Built-in apps become more powerful with a redesigned Notes app, detailed transit information in Maps*, and an all-new News app for the best news reading experience on any mobile device. The foundation of iOS is even stronger with software updates that require less space to install and advanced security features to further protect your devices.

Customers are encouraged to check the Apple Store® app or Apple.com to receive updates on availability and estimated delivery dates. Every customer who buys an iPhone 6s or iPhone 6s Plus at an Apple Retail Store will be offered free Personal Setup service, helping them customize their iPhone by setting up email, showing them new apps from the App Store℠ and more, so they’ll be up and running with their new iPhone before they leave the store. Customers can also learn more about iOS 9 and their new device through free workshops at all Apple retail stores worldwide. In the US, the new iPhones are also available through AT&T, Sprint, T-Mobile, Verizon Wireless and additional carriers, and select Apple Authorized Resellers including Best Buy, Target and Walmart.

*Transit information in Maps will be available in select major cities including Baltimore, Berlin, Chicago, London, Mexico City, New York City, Philadelphia, the San Francisco Bay Area, Toronto and Washington D.C., as well as over 300 cities in China, including Beijing, Chengdu and Shanghai. News app availability varies by country.
**Prices are rounded to nearest dollar and are based on 24 monthly installment payments. Taxes and activation fees may be due at sale. Carrier terms and eligibility may apply.
***The iPhone Upgrade Program is available to qualified customers only with a valid US personal credit card. Requires a 24-month installment loan with Citizens Bank, N.A. and iPhone activation with a national carrier — AT&T, Sprint, T-Mobile or Verizon. Full terms apply.

Apple, the Apple logo, iPhone, MultiTouch, iSight, FaceTime, Retina, Apple Store and App Store are trademarks of Apple. Other company and product names may be trademarks of their respective owners. 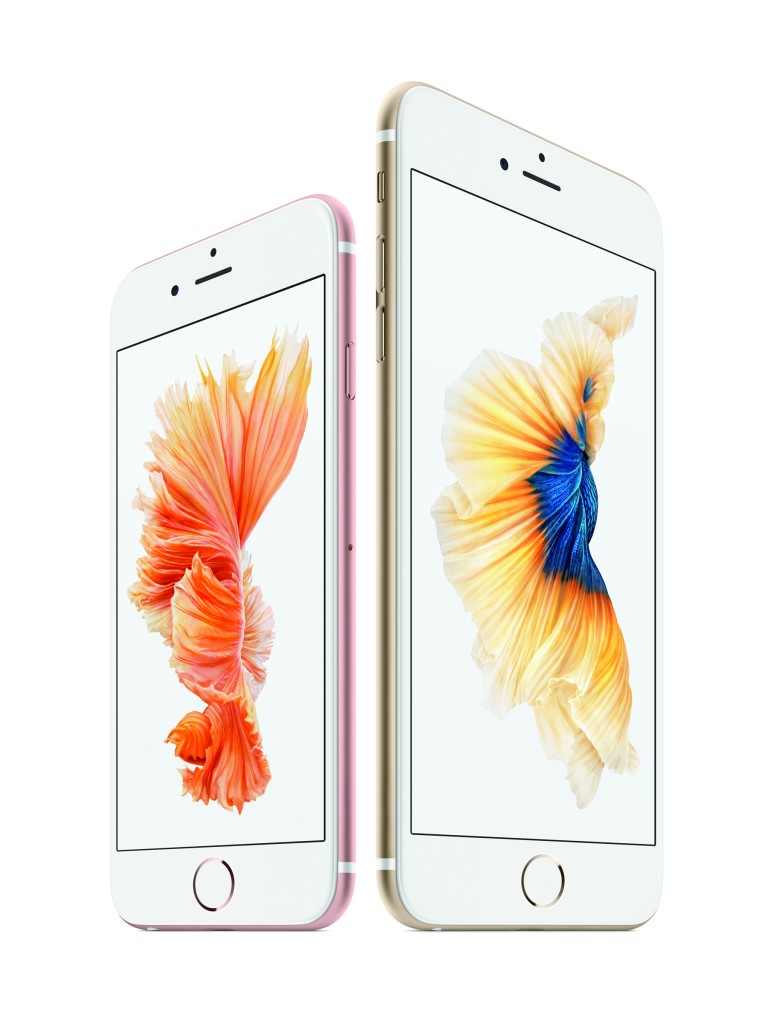