LONDON, 2015-10-7 — /EPR Retail News/ — For more than 14 years Debenhams, the leading international multichannel retailer, has been supporting breast cancer charities- raising over £4 million.  Which is why during October 2015, Breast Cancer Awareness Month, Debenhams has worked with charity partner, Breast Cancer Now to create a fresh campaign that resonates through the business and cuts through during the busy fundraising month.

#GetBackToYou is a campaign created using the insight that women affected by breast cancer whilst on the journey to recovery crave to return to find a release from the regime of medical appointments.  The campaign aims to inspire women on the little things they can do to make them feel good and find time for themselves.

To launch the campaign an in-store performance by the cast of West End theatre show Beautiful: The Carole King Musical was held in Oxford Street where customers were entertained with a performance by The Shirelles and donated funds to charity.

Throughout the month of October, Debenhams will be supporting Breast Cancer Now, the UK’s largest breast cancer charity, with the sale of 30 exclusive products across Womenswear, Lingerie, Women’s Accessories and Home carrying donations between 10 and 25 per cent of the sale price.  Instore collateral to promote the fundraising activity is in situ, email promoting the fundraising product lines and offering tickets to win a VIP trip to London to watch the Beautiful: The Carole King musical is also taking place.
A new post-surgery bra range, Spirit has been launched featuring Breast Cancer Now ambassador, Wendy Watson as the face of the campaign, appearing on all packaging and point of sale for the collection. To date over 60, 000 views of a video featuring Wendy and the Spirit range have been delivered on social media.

Debenhams cafes throughout the month of October will open their doors to Breast Cancer Now support groups offering free hot drinks and also retailing a ‘Pink Heart’ cake, carrying a 30p donation per slice to the charity.

Richard Cristofoli, Debenhams Marketing Director said: “Support for Breast Cancer Awareness Month is a key part of our annual charity plan which sees us raise over £1m for our charity partners each year. It is vital that we find new, innovative ways to engage our customers and raise awareness and funds to fight this disease which affects so many women.  #GetBackToYou aims to create noise across all channels whilst delivering a clear point of view on how women fighting this can feel supported.”

“Support for Breast Cancer Awareness Month is built into our trading calendar and it is important that we find new, innovative ways to engage our customers raise awareness and funds to fight the disease that affects so many women.  #GetBackToYou aims to create noise across all channels whilst delivering a point of view on how women can feel supported through the month.”

Through the #GetBackToYou Debenhams hopes to raise £200,000 and encourage dialogue amongst customers and Breast Cancer Now ambassadors on how small things can provide a mental lift and a greater feeling of wellbeing.  Breast Cancer Now is a Debenhams charity partner and via funds raised through The Debenhams Foundation, they share the ambition to stop women dying from breast cancer by 2050.

Notes to Editors • The Beautiful: The Carole King Musical, in-store performance took place at the Debenhams Oxford Street store on Saturday October 3rd, 2015 • Breast cancer is the most common cancer in the UK and accounts for nearly one in three of all cancers in women. In the UK, over 50,000 new cases of breast cancer are diagnosed each year – that’s around 138 a day. About Debenhams • Debenhams is a leading international, multi-channel brand with a proud British heritage which trades out of more than 240 stores across 27 countries. • Debenhams gives its customers around the world a unique, differentiated and exclusive mix of own brands, international brands and concessions. • In the UK, Debenhams has a top five market position in womenswear and menswear and a top ten share in children’s-wear. It holds the number two market position in premium health and beauty. • Debenhams has been investing in British design for over 20 years through its exclusive Designers at Debenhams portfolio of brands. • Current designers include Abigail Ahern, Ted Baker, Jeff Banks, Jasper Conran, FrostFrench, Patrick Grant, Henry Holland, Betty Jackson, Ben de Lisi, Todd Lynn, Julien Macdonald, Jenny Packham, Pearce Fionda, Stephen Jones, Preen, Janet Reger, John Rocha, Giles Deacon, Savannah Miller, Laura Oakes, Ashley Thomas, Eric Van Peterson and Matthew Williamson. About Breast Cancer Now • Breast Cancer Now is the UK’s largest breast cancer charity. • Breast Cancer Now’s ambition is that by 2050 everyone who develops breast cancer will live. The charity is determined to stop women dying from the disease, working in a new, collaborative way and bringing together all those affected by the disease to fund research, share knowledge and find answers. • Breast Cancer Now’s world class research is focused entirely on breast cancer. The charity supports nearly 450 of the world’s brightest researchers at more than 20 locations across the UK and Ireland. Together, they’re working to discover how to prevent breast cancer, how to detect it earlier and how to treat it effectively at every stage so we can stop the disease taking lives. • Breast cancer is still the most common cancer in the UK. Nearly 700,000 people living in the UK have experienced a diagnosis and one in eight women will face it in their lifetime. This year alone, more than 50,000 women will be told they have the disease. • The UK still has one of the lowest breast cancer survival rates in Western Europe and this year alone nearly 12,000 women will lose their lives. It’s time to act. • Breast Cancer Now launched in June 2015, created by the merger of leading research charities Breast Cancer Campaign and Breakthrough Breast Cancer. • For more information on Breast Cancer Now’s work, visit breastcancernow.org or follow us on Twitter or on Facebook. 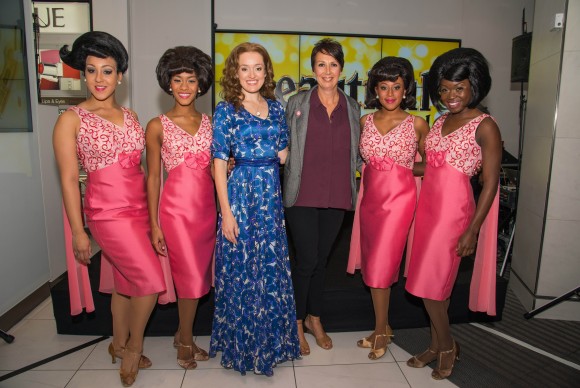