HELSINKI, FINLAND, 2015-10-23 — /EPR Retail News/ — Finland’s poor financial situation and the general development of the trade sector caused a decline in S Group’s sales for January–September in comparison to the previous year. Sales decreased by 3.9 per cent, totalling €8,009 million.

The sales of S Group’s largest sector – grocery trade – stood at €4,857 million in Finland in January–September; a decline of only 0.7 per cent compared to the previous year. The lower price policy has resulted in a positive flow in market trade, while increasing the proportion of domestic food sold by S Group.

“The lower price policy, which was introduced at the beginning of the year, has considerably increased the grocery trade’s customer and sales volumes. We have done really well in the grocery trade because euro-denominated sales have also improved better than the entire industry has”, says Taavi Heikkilä, CEO of SOK.

The sales volumes of the hospitality business and automotive trade and accessories have increased by about 1 per cent in comparison to the previous year. Hotel and restaurant sales stood at €594 million, and sales in the automotive trade were €234 million. Automotive sales are carried out by some S Group co-op stores.

The consumer goods trade decreased, which was in line with the general progress in the sector. Overall, S Group’s consumer goods sales decreased by 7.3 per cent to €888 million. 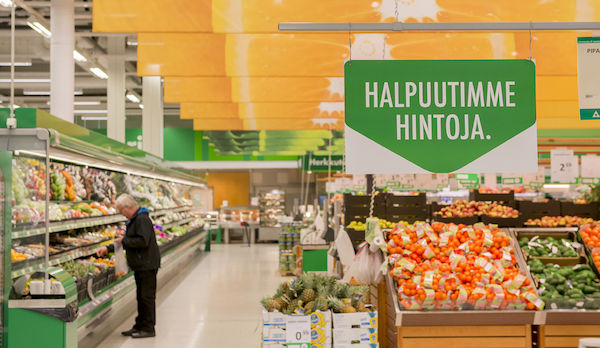