PARIS, 2016-Feb-16 — /EPR Retail News/ — As part of its partnership with the Paris suburbs of Clichy-sous-Bois and Montfermeil, LVMH sponsored the Cultures and Creation fashion show for the sixth year in a row on February 13. The event offers a fresh and positive perspective of challenged urban neighborhoods.

Initiated in 2005 by the city of Montfermeil, the Cultures and Creation fashion show reveals the diversity of creative talents in the local community. Each year the event draws an audience of around 700 people to see creations by 50 designers – both amateur and semi-professional – presented on the catwalk by 200 models. Prepared by Guerlain makeup artists, the models are first briefed during a master class with Princess Esther Kamatari, a former model and Guerlain ambassador, who gives them tips on how to walk the runway like a pro.

During the first part of the show, participants presented a look inspired by traditional dress in their native regions. Then, in the second half of the evening they showed original clothes inspired by this year’s theme “The future Tour Médicis cultural center, the heart of a new metropolis”. Designers in the “Young Talents” category were also challenged to create a “little black dress” inspired by the Guerlain’s Petite Robe Noire perfume.

This year’s show was again brimming with enthusiasm and creativity, resonating well beyond the host cities of Clichy-sous-Bois and Montfermeil. The jury of fashion and human resources professionals gave the Special Jury Prize to Claire Delahousse for her creation. The LVMH Young Talent prize went to Camille Boillet for her audacious and poetic interpretation of the little black dress. Like the 2015 winner Audiane Cojean, she will receive personal creative mentoring and present her work in the Green Showroom at Berlin Fashion Week. Audiane also joined Céline as part of her couture work/study course at the Ecole de la Chambre Syndicale de la Couture Parisienne. 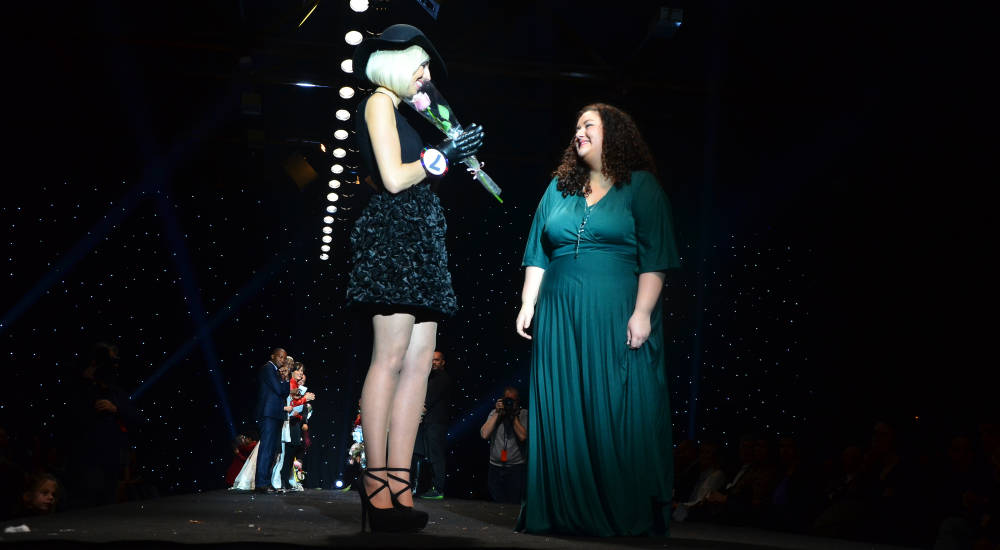