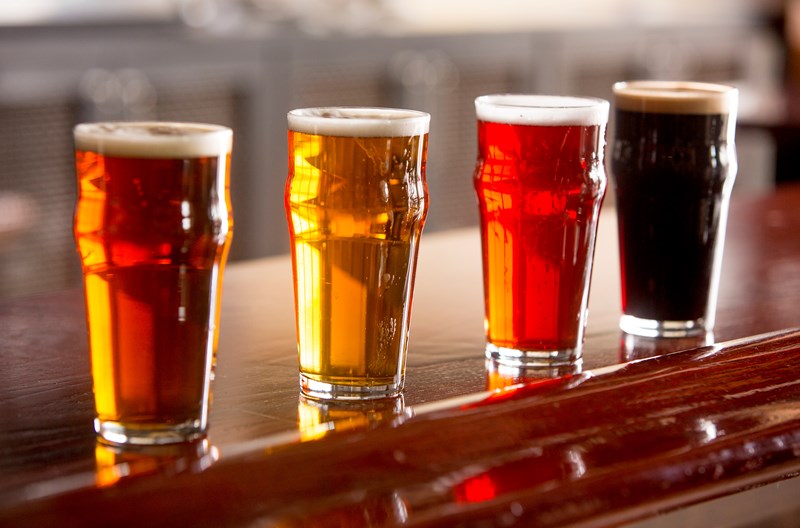 Meijer: Michigan-based craft beer sales increased by 20 percent across its six-state footprint in 2016

The Grand Rapids, Mich.-based retailer’s commitment to local craft breweries represents an annual economic impact of more than $100 million across the Midwest. Meijer expects to stay on par with its projected double-digit volume growth in craft beer sales, as the retailer has experienced over the past three years. With respect to Michigan-based craft beer alone, Meijer reports it has seen a 20 percent increase across its six-state footprint so far this year, said Rich O’Keefe, Meijer senior buyer, during a recent exclusive roundtable gathering of some of the best craft beer breweries in southeast Michigan.

“We attribute this growth to establishing a great dialogue with craft beer breweries throughout Michigan and cultivating their popularity across our retail foot print,” said O’Keefe at Atwater Brewery in Detroit. “The consumer response has been tremendous. It proves that the thirst for Michigan craft beer is apparent throughout our retail markets. We are proud of the great products Michigan-based breweries produce and look forward to expanding the availability and building the popularity of other great regional breweries.”

Meijer gathered together several Detroit and Michigan-based brewery owners and founders at Atwater Brewery to discuss product trends and the state of the local craft beer industry. The event kicked off local in-store tasting events with area craft “brewlebrities” on site at select Meijer stores.

“The concept of craft beer – especially in Detroit – has grown quickly from a garage hobby to a viable economic engine for Detroit and Michigan,” said Peter Whitsett, executive vice president of merchandising and marketing for Meijer. “We are proud to celebrate the craft masters who drove this industry to where it is today in Detroit. Their commitment to quality and craftsmanship is fueling demand for craft beer in and around Detroit.”

“Being in the same room with this group of craft brewlebrities – knowing their histories and the how far they’ve come is truly amazing,” said Shannon Long, producer and co-host of Pure Brews America, who moderated the roundtable discussion. “I think what makes them great is that they are focused on their core and not the next hot thing. They don’t need to follow a trend because they are the trend. ”

To see a video of Detroit craft brew masters sharing their perspective on making a good craft brew and their relationship with Meijer, please visit http://newsroom.meijer.com/multimedia.

Meijer is a Grand Rapids, Mich.-based retailer that operates 230 supercenters and grocery stores throughout Michigan, Ohio, Indiana, Illinois, Kentucky and Wisconsin. As a pioneer of the “one-stop shopping” concept, Meijer stores have evolved through the years to include expanded fresh produce and meat departments, as well as pharmacies, comprehensive apparel departments, garden centers and electronics offerings. Additional information on Meijer can be found at www.meijer.com. Follow Meijer on Twitter @twitter.com/Meijer or @twitter.com/MeijerPR or become a fan at www.facebook.com/meijer.