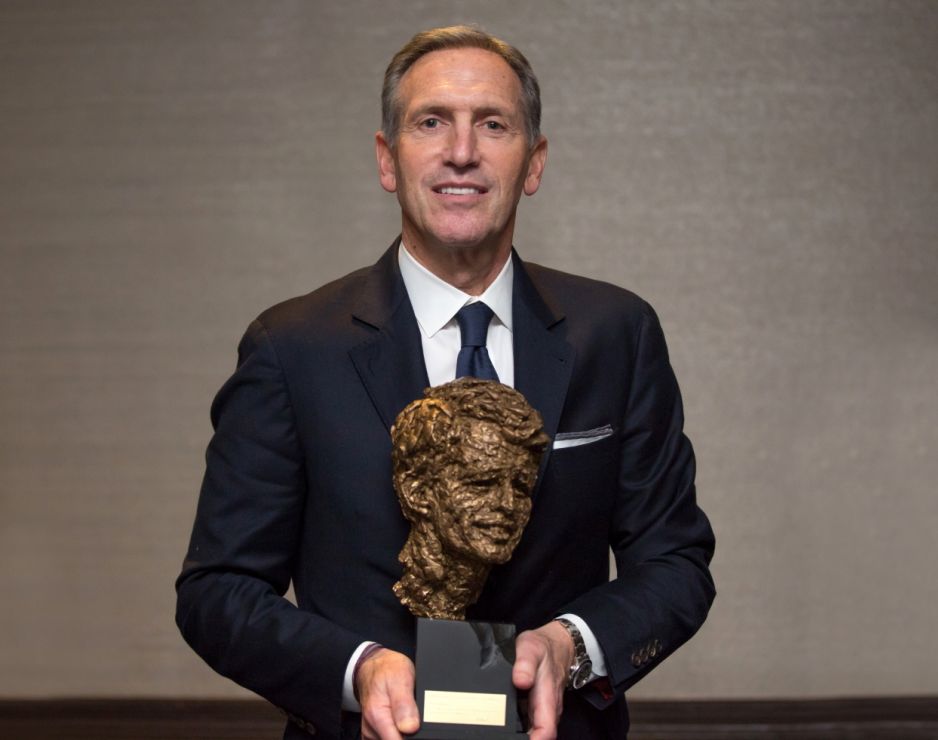 “The words and actions of Robert F. Kennedy have been a powerful inspiration to me since I was a young man. The moral courage he demonstrated during his too-short life remain an essential beacon of truth, justice and love for all Americans,” said Schultz. “I am humbled and honored to receive the Ripple of Hope Award.”

The Robert F. Kennedy Human Rights organization’s award recognizes leaders of the international business, entertainment and activist communities who reflect Robert Kennedy’s passion for equality, justice, basic human rights, and his belief that we all must strive to “make gentle the life of this world.”