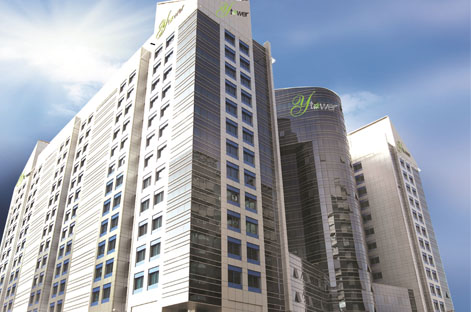 Herye Ballantyne, the partner and Consumer & Industrial Products Industry Leader for Deloitte Middle East said, “The Middle East remains an attractive destination for retailers, with three retailers ranking in Deloitte’s report of the 250 largest retailers around the world: Lulu Group, Majid Al Futtaim Holding and Savola Group. Together, the Africa/Middle East region’s 19.1 per cent growth rate and 5.8 per cent net profit margin were the highest among the five geographic regions in FY2015. ”

Emke/LuLu Group which is ranked 153rd in the global rankings emerged as the top retailer in the Middle East with a retail revenue of $ 6.2 billion. LuLu Group which has operations in nine countries was also ranked 27 in the list of the fastest growing retailers in the world.

Yusuffali M.A, the chairman for LuLu Group said, “Today (25 FEB 2017), it is completely a consumer-driven market and the shopper needs only the very best. We have been continuously innovating in all aspects of our business process, right from store layout to product offering and pricing structure. We see no slowdown in our industry and we intend to go ahead with our announced expansion plans. Currently, we have 133 stores which will reach 150 by mid-2018, with new stores coming up in almost all GCC countries.”

Ranked among the top 10 retailers were Walmart, Walgreens Boot Alliance, The Home Depot, The Kroger Co and Amazon of the United States, Scwarz Unternehmenstreuhand KG Lidl and Aldi of Germany, Carrefour from France along with Tesco from UK. The 10 largest e-tailers in the world included Amazon.com, Apple, Walmart, Liberty Interactive Corporation and Macy’s all from the United States. Otto from Germany, Tesco from the UK, Vipshop, JD.com and Suning Commerce Group all from China.